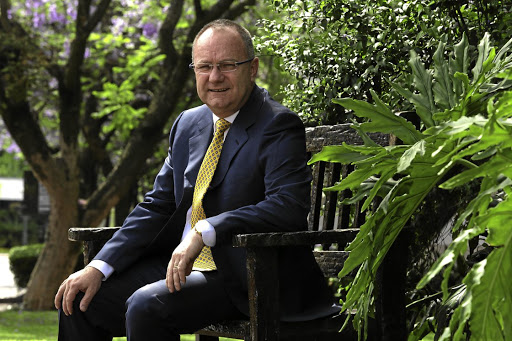 “The year has been nothing like I’ve ever seen in my 43 years in the industry,” said Anglo CEO Mark Cutifani, noting the pandemic and operational setbacks in platinum group metals and coal.

“We didn't help ourselves with self-inflicted interruptions,” he said.

Anglo estimated that Covid-19 knocked $1.1bn off earnings before interest, tax, depreciation and amortisation (ebitda) and another $1bn in the failure of two converter plants at its Anglo American Platinum division, and difficulties at its metallurgical coal unit in Australia.

Group ebitda fell to $3.35bn in the six months to end-June from $5.45bn in the same period a year earlier.

Ebitda was 2% higher than Morgan Stanley's forecast and 7% ahead of market consensus because of better-than-expected performances in copper, nickel and the Minas Rio iron ore mine in Brazil, Morgan Stanley analysts said in a note.

Group production was down 11% for the group in the first half of the year, with hours worked falling 20% during the six months as countries locked down their economies to cope with the spread of the pandemic, he said on a media call.

In April, Anglo was operating at 60% of production capacity and had lifted to 90% buy the end of June.

“I expect the second half of the year will be a little bumpy,” Cutifani said.

“Unsurprisingly, given the adverse impact of Covid-19 on production at various of Anglo American’s operations, the first half 2020 financials were ugly,” said Shore Capital mining analyst Yuen Low.

Anglo pumped $1.4bn into growth as it invested in its new Quellaveco copper mine in Peru and the purchase of the Sirius fertiliser feedstock mining business in the UK.

Anglo paid out a dividend of $0.28 compared to $0.62 a year ago. This was in line with its dividend policy of returning 40% of underlying earnings to shareholders.

Anglo had no intention of disposing of De Beers, said Cutifani, pointing to a strong recovery in the Chinese diamond market in recent months and the strong track record of cash delivery and contribution to Anglo over the past decade.

Anglo expected a recovery in the diamond market towards the end of 2020 and into 2021, he said.

“We are here for the long term. It’s been a long-term deliverer of value for the Anglo group. It's been a wonderful asset. It’s the best diamond company in the industry,” he added.

Anglo had won government support in SA for its demerger of its thermal coal assets in the country, which would likely be through a listing on the JSE within the next two to three years, Cutifani said, adding that Anglo would dispose of its stake in the Colombian coal business too in the same time frame.

Anglo is removing thermal coal from its portfolio to fit a more environmentally friendly suite of assets.

Kumba launches its first major mining project in a decade

A processing specialist, Viljoen is targeting improved maintenance and world-class technology to take Amplats to the next level
Companies
10 months ago
Next Article

MARK CUTIFANI: More than before, miners must be partners with host communities

MARK CUTIFANI: More than before, miners must be partners with host communities