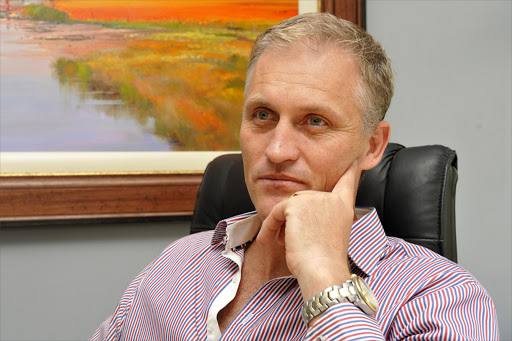 Jubilee is a tailings retreatment specialist company, with assets in PGMs and chrome in SA and copper, cobalt and other base metals in Zambia, where it sees its expertise carving out an important footprint in the country’s copper industry.

Jubilee, listed on the alternative exchanges in Johannesburg and London, has steadily grown its chrome and PGM business in SA over recent years and made two acquisitions in 2019, adding the Inyoni chrome and PGM business, as well as the Sable refinery in Kabwe, Zambia, to advance its metal diversification and spread its geographic risk.

This was despite the loss of the equivalent of about two months’ operational time due to restrictions under Covid-19 regulations.

“The growth in our operational earnings of 54% signals the sixth consecutive six-monthly period of double-digit growth for the company,” said CEO Leon Coetzer. 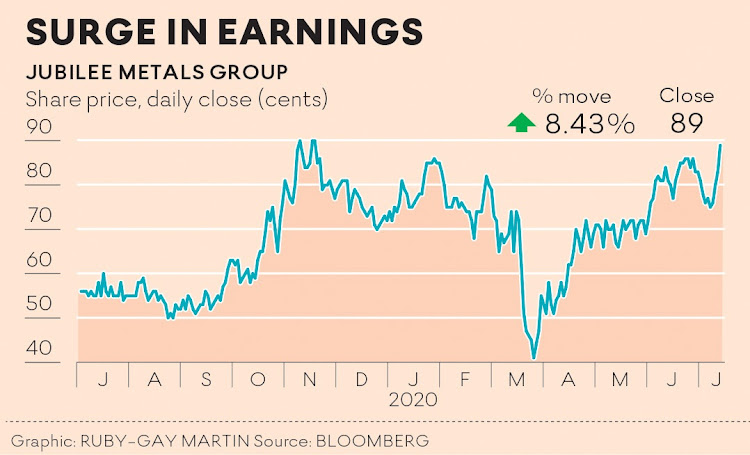 Jubilee's share price jumped 8.43% to close at 89c, giving the company a market capitalisation of R1.8bn.

At the end of June, Jubilee’s cash increased to R230m despite a R30m final payment for PGM and chrome rights and a R54m payment to settle historic debt at Sable.

“The group is demonstrating clear potential to continue to grow earnings over the next reporting period on the back of the commissioning of both of our copper and cobalt refining circuits and the expected ramp-up of our copper production,” Coetzer said.

The big earner in the interim period was the PGM division, where operational earnings increased 74% to R262m compared to the second half of 2019. Revenue increased by half to R439m.

Jubilee achieved 19,682oz of PGMs in concentrate, which was 7% lower than the previous half-year because of the interruptions caused by SA’s government shutting the entire economy on March 27, gradually allowing a cautious reopening of certain sectors.

The chrome business increased earnings by half to R4.7m despite a 7% fall in revenue to R176m.

“We have targeted a second copper resource, which if successfully concluded holds the potential to be brought into operation well in advance of our Project Elephant. This would secure a sustained copper ramp-up prior to Project Elephant being commissioned,” Coetzer said.

“Zambia contains vast quantities of copper tailings requiring Jubilee’s skills to unlock these opportunities.  Jubilee is perfectly poised to play a commanding role in this area,” he said.

Jubilee agrees to tailings venture at Kabwe mine

Jubilee agrees to tailings venture at Kabwe mine