Anglo has anticipated a $1.5bn boost to earnings because of the weakness of currencies in its operating bases and the plunge in the oil price 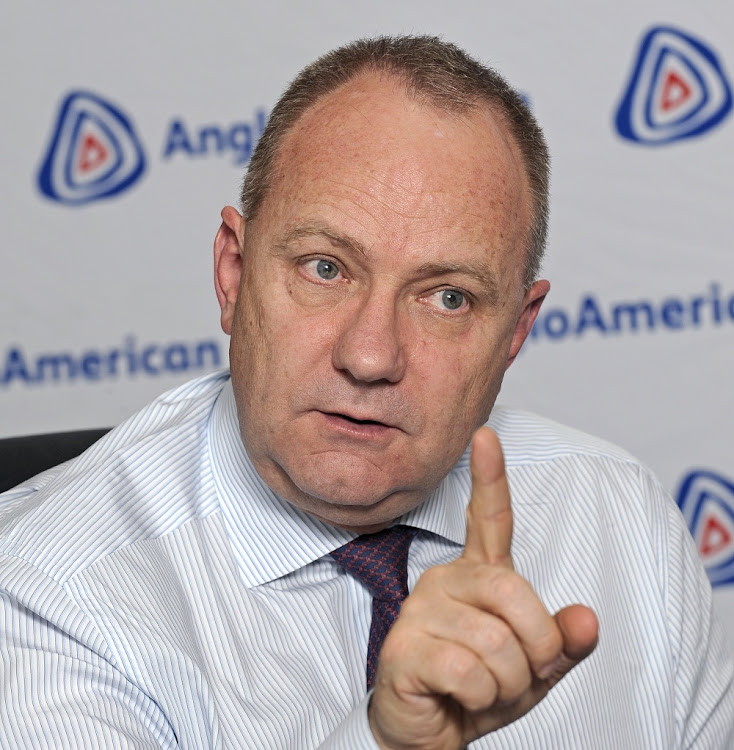 Anglo American slashed $1bn from its capital expenditure budget for 2020 because of the effect on its businesses around the world from the global Covid-19 pandemic.

“Most of our sites around the world are continuing to operate, with our focus on safety reflected through appropriate health, hygiene and distancing measures,” Anglo American CEO Mark Cutifani.

“We are taking all necessary steps to ensure the security and integrity of our assets for the long term, preserving our ability to swiftly return affected operations to normal levels of production when appropriate,” he said.

At a group level, Anglo planned to cut $500m (about R9.5bn) from its operating costs and reduce capital expenditure by $1bn to a range of between $4bn and $4.5bn for the year, with a slowing of its Quellaveco copper mining project in Peru.

Anglo anticipated a $1.5bn boost to earnings because of the weakness of currencies in its operating bases and the dramatic fall in the oil price, which meant lower fuel prices for machines at its opencast mines.

Shareholders will decide at the group's AGM on May 5 whether the second-half dividend for 2019 will be paid on May 7. Many companies have opted to preserve their cash and suspend payments of declared dividends.

Anglo's 85%-held subsidiary De Beers, the world's largest rough diamond producer by value, cut its full-year production forecast by seven-million carats to a maximum of 27-million carats, as production was curtailed in lockdowns in Southern African countries and falling demand.

De Beers has mines in Botswana, SA and Namibia and these account for the majority of its production.

Anglo said the disruptions to the Quellaveco project meant the cost of the project would come in at the upper end of its $5bn-$5.3bn estimate, but that production was still expected to start in 2022 because of the pace of development work to date.

Anglo has pulled 15,000 people off the project in mid-March, maintaining only critical work. Anglo owns 60% of the project and Japan's Mitsubishi holding the balance.

“In support of the government’s continuing efforts to control the spread of Covid-19, we have now decided to suspend non-critical works for up to three months, thereby providing greater certainty for planning a safe and responsible restart,” the company said.

In SA — the hardest hit of Anglo's operations because of a strict lockdown that started on March 27 that stopped the bulk of the country's mines — there are large production drops, worsened by the suspension of refining at 80% held Anglo American Platinum (Amplats) due to a critical failure at two key plants at the start of the year.

On April 16, the state started easing operating conditions for mines, allowing a return of 50% of employees under strict conditions around health and measures to prevent the infection of workers and the spread of Covid-19.

Kumba Iron Ore, majority owned by Anglo, will produce up to 4.5-million tonnes less ore in 2020, with its two open-pit mines in the Northern Cape working at half of normal staffing levels.

Production levels were expected to start ramping up throughout May and into June.

Work at Amplats to restore one of two failed converter plants, which slot in between the smelters and the refineries to remove iron, is on track and will be completed on schedule on May 25, Anglo said.

Copper output remained unchanged at up to 670,000 tonnes and iron ore from the Minas Rio mine in Brazil stayed steady at a maximum of 24-million tonnes.

Australian metallurgical coal was unchanged at up to 21-million tonnes.

It also had 6.4-million tonnes of processed ore stockpiled by the end of 2019 as domestic demand dried up
Companies
1 year ago
Next Article