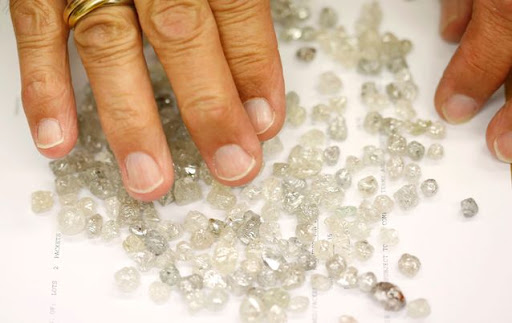 Mining group De Beers had a strong start to the year with rough diamond sales of about R8bn, fuelling hopes the downturn in the market that battered the industry has ended.

De Beers reported a 9% increase in the first sale of the year, achieving $545m in revenue, which is higher than that of the same period in 2019, but remains relatively low compared with earlier years.

“The De Beers results and comments echo reports from other diamond producers, including Petra Diamonds' comments earlier this week suggesting that signs of a modest recovery in rough diamond pricing may be under way,” said SP Angel analyst John Meyer.

The global rough diamond market had a difficult year in 2019 because of a surfeit of rough diamonds and a logjam of cut and polished diamonds after slow buying of diamond jewellery.

De Beers, which is 85% owned by Anglo American and 15% owned by the Botswana government, said its first of 10 sales — which De Beers calls sights — for the year achieved revenue of $545m, which is higher than the previous year’s $500m. The sales revenue is the same as it was in 2016, but well below the $729m and $672m achieved in the next two years.

The year-end period is marked by the busiest diamond jewellery selling period in the US, the world’s largest market. De Beers is the largest source of rough diamonds by value while Russia’s Alrosa is the largest supplier measured by carats.

Rapaport, a market intelligence business focused on the polished diamond industry, said in a report this week that US year-end jewellery buying was “positive” and that diamond dealers were “optimistic” about the year ahead.

However, in India, the largest source of diamond cutting and polishing, especially of smaller stones, there were concerns about the start of the year. “Polished slower than usual for this time of year. Dealers worried about repeat of 2019 diamond glut as they anticipate influx of rough following large De Beers and Alrosa January sales,” Rapaport said.

Citing unnamed sources, Rapaport has reported that De Beers is looking at changing the way it sells diamonds to a handpicked base of about 80 clients called sightholders who attend the 10 sights in Gaborone, the Botswana capital. The sightholder contracts expire at the end of 2020 and will be renegotiated during the year.

Cleaver told Business Day that De Beers had introduced unprecedented flexibility in the way it sold its diamonds to sightholders during 2019 because of the nature of the market. Demand for smaller diamonds tapered off during the year.

The bulk of diamond miners’ production are small diamonds. At the De Beers’ sorting and aggregation office in Gaborone these small diamonds are moved around in large steel buckets.

A Bloomberg report said De Beers was considering reducing the number of sightholders.

Anglo American’s diamond and copper units had a tough 2019

De Beers has its toughest year since 2009 global financial crisis

De Beers shows the strain of a very difficult 2019 in the global diamond market as sales fall by $1.35bn, not far off levels seen in 2009.
Companies
2 years ago

De Beers will mine one-million carats less than previously forecast in both 2020 and 2021, according to an investor presentation in December
Companies
2 years ago
Next Article