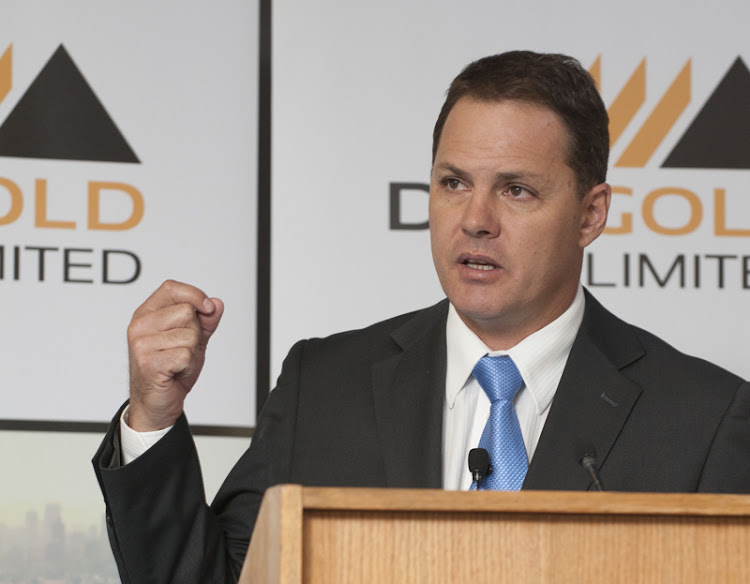 Sibanye-Stillwater launched its option to buy DRDGold shares cheaply and take a majority stake in the listed tailings-retreatment specialist for R1bn.

Sibanye already holds a 38% stake in DRDGold after it swapped tailings for shares in November 2017 and put in place an option to ramp its ownership of the dump retreatment company to 50.1%.

Sibanye triggered that option this week, buying the option shares for R6.46 each on January 8, which is a 10% discount on the average price for the previous 30 days and a chunky 23% discount to the R8.35 closing price. The value of the cash purchase is R1.086bn.

The decision to exercise the share-purchase option came shortly before DRDGold released its production update for the six months to end-December, showing output of 3,037kg of gold compared to 2,280kg a year earlier, reflecting production from the newly added Sibanye tailings.

DRDGold will release its interim results on February 12.

“This latest transaction marks the single largest investment that has ever been made by an individual shareholder in the capital of our company, and it bears testimony to a shared vision for the future of our enterprise,” DRDGold CEO Niël Pretorius said.

The R1bn in cash would “go a long way” in funding the early stage development of the second phase of the Far West Gold Recoveries project, the first phase of which has already been completed at a cost of R331m and is in steady state production.

The second phase of the project near Carletonville, west of Johannesburg, will be far larger and will cost more money.

The conceptual studies into the second phase will consider how best to treat the remaining dumps. The first phase entails treating 500,000 tonnes a month through the refurbished Driefontein 2 plant and reclaims material from two dumps.

The second phase may involve building a new retreatment plant and an additional tailings storage facility “to exploit a larger, regional mineral resource, producing more gold over a longer period and rehabilitating a much larger footprint”.

For Sibanye, the decision to swap tailings that it could not bring into production itself given its flurry of deals in the platinum group metals industry to create the world’s second-largest supplier of the metals has paid off handsomely.

“We are thrilled that the value of our initial shareholding has already increased by 147% over 17 months,” said Sibanye CEO Neal Froneman.

“We look forward to further value creation as DRDGold completes its detailed planning and possible implementation of Phase two,” he said.

Sibanye is among the companies, including Harmony Gold and China’s Hong Kong-listed Heaven Sent Gold, that are considering AngloGold Ashanti’s Mponeng underground mine and its Mine Waste Solutions tailings retreatment business.

AngloGold put the assets up for sale during 2019 and its CEO, Kelvin Dushnisky, has said a decision on the disposal could be expected in the first quarter of 2020.

Mponeng is the world’s deepest mine at 4km below surface. It needs a substantial investment running into many billions of rand to extend its life beyond eight years to two decades or more, something Dushnisky said was not one AngloGold was prepared to make because of more favourable returns on capital that could be had at other projects.

All that glitters is DRDGold

Mining companies see Eskom as their biggest risk and many are turning to solar projects to reduce their exposure to soaring electricity prices and ...
Companies
2 years ago
Next Article