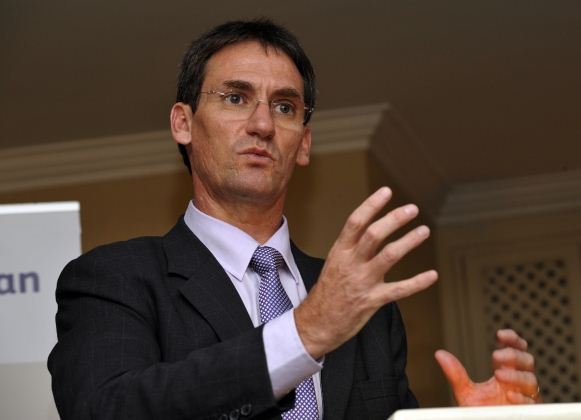 It would take by lunch time in a single day for Anglo American Platinum CEO Chris Griffith to resolve SA’s mining industries biggest problems, while two other CEOs said it would take them a few hours more.

Asked during a panel discussion at the Joburg Mining Indaba what they would do to fix SA’s mining industry if they were the mineral resources and energy minister for a day, the answers from the executives highlighted the common themes raised at that and other conferences.

Griffith said that by 8am of his day in office he would create regulatory certainty by withdrawing the department of mineral resources and energy’s appeal against a court ruling on the once-empowered always-empowered aspect of the Mining Charter.

Soon after his appointment as mineral resources minister in February, Gwede Mantashe scrapped the controversial amendments to the Minerals and Petroleum Resources Development Act first proposed in 2012, removing one of the major causes of regulatory uncertainty.

He then drove the process to redraft the third iteration of the Mining Charter gazetted by then-minister Mosebenzi Zwane, which knocked R51bn off the value of listed mining companies when it was unveiled in June 2017.

The Minerals Council SA successfully challenged the department’s view of the ongoing consequences of past empowerment deals, in court. The department has since launched an appeal against the ruling.

“We’ve almost got there with regulatory certainty with the act and the charter. In the charter is the once-empowered, always-empowered, so the process of that appeal seems to be about prolonging unnecessary uncertainty,” Griffith said.

He would repeal the clause in the new charter about the need to renew empowerment transactions on renewal of old mining rights and sale of assets, a requirement seen by the industry as curtailing investment and deal flow in the sector because of the added cost to renew empowerment structures that had already delivered value.

Griffith would exempt exploration companies and junior mining firms from compliance with the charter, which the industry has warned was overly onerous for small miners or those involved in costly, high-risk exploration work.

“Those are the first things I would do, by 8am,” he said

The second hour would be spent clearing the way for mining companies to install renewable energy generation capacity.

The inability to move quickly and get government permission to install large solar power arrays is a source of deep frustration for mining bosses who want to reduce their exposure to Eskom’s tariff increases of 523% since 2006 and another 30% in the next three years.

“I’d say we’ve got issues around Eskom. What we need is for Eskom to close unreliable, unsustainable, expensive power stations and to do that we need renewable power. We’ve got all sorts of companies waiting to invest in renewable power. I’d do that by 9am,” Griffith said.

The third major task would be to protect mines from growing instances of community unrest, which is disrupting and stopping mining operations as frustration with service delivery by municipal governments increases along with unemployment.

“I’d work with law enforcement and local governments to solve these issues, which are costing the mines, companies and country billions and billions of rand. It’s actually making things worse for communities, not better,” he said, adding that by midday he’d have wrapped up and gone home.

Mike Teke, CEO of unlisted coal miner Seriti Resources, said he would make full use of his day, calling together government departments, labour and company bosses and “legitimate” community leaders to resolve community relations and understand what were the points of friction.

By 4pm all would walk out with a shared vision of the industry to allow it to grow, he said.

The charter, first introduced in 2012 has been changed three times, or four including the Zwane version, which was the most disruptive and ill-considered of all versions. Black ownership levels changed from 26% in the first two charters to 30%, while the local procurement requirements have changed to a point where they are almost unworkable.

“The uncertainty created by changing the charter from time to time [means] we need a charter we can stick with for a period of time,” Steenkamp said.

Controversial Zuma-era ministers such Mosebenzi Zwane, Faith Muthambi and Bongani Bongo are on the list
National
3 years ago

Ahead of the cabinet announcement, the Minerals Council SA has urged President Cyril Ramaphosa to keep Mantashe as minister to retain momentum and ...
National
3 years ago