Gemfields to pay maiden dividend as it exits manganese

The miner will pay shareholders $24.7m after agreeing to sell its remaining shares in Jupiter Mines 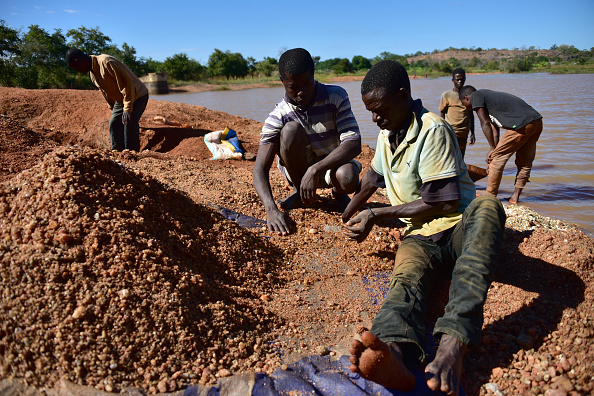 Artisanal miners hunt for rubies as they sift through gravel by a small dam near Gemfields’ ruby mine near Montepuez in Mozambique in this file photograph. Picture: GETTY IMAGES/ MATTHEW HILL

Gemfields, the JSE-listed gemstone company, will pay a special dividend, its first return to shareholders, after exiting its exposure to manganese by agreeing to sell its remaining stake in Australia’s Jupiter Mines and its assets in SA.

Gemfields, which used to be part of the Pallinghurst Resources stable, is now a standalone listed company with emerald assets in Zambia and ruby mines in Mozambique. The Jupiter sale makes it a pure-play in the gemstone market.

The money coming from the sale of the 7.4% Jupiter stake, in two tranches, will flow through to shareholders in a $24.7m special dividend once the first tranche of cash is received, a dividend from Jupiter is in the bank and the SA Reserve Bank approves the inflow of cash.

Based on Friday’s closing price of R1.73, the special dividend of $0.0175 a share represented a special dividend yield of 14%, Gemfields said, adding that a formal announcement on the dividend would be made in June along with a timetable.

“The sale of Gemfields’ remaining minority stake in Jupiter Mines is consistent with the board’s strategy for Gemfields to be focussed on African coloured gemstones,” said CEO Sean Gilbertson.

“The sale of our Jupiter shares also enables the directors to realise their ambition of making a maiden distribution to shareholders.”

Styling itself on De Beers, the world’s largest rough diamond seller by value, Gemfields has whittled down its holdings in Jupiter, and, on Monday, noted its exit from the company with an agreement to selling its remaining shares to AMCI Euro Holdings for $31.6m.

The agreed price for the sale of the Jupiter shares was at a 2.4% discount to the 30-day volume-weighted average price of ASX-traded Jupiter, but a 2.5% premium over Friday’s closing price.

Gemfields will still receive the 3.6-million Australian dollar dividend that Jupiter declared in February, with payment expected on May 21.

The cash from AMCI will be paid in equal parts on June 3 and November 1. Any dividends Jupiter declares up to the final payment will accrue to Gemfields.

Jupiter holds a 49.9% stake in Tshipi é Ntle Manganese, which owns and operates the opencast Tshipi Borwa manganese mine in the Northern Cape. Tshipi is one of the world’s biggest sources of manganese.

Newly implemented export duties on Zambian gemstones cause a $22.6m impairment of Gemfield's Kagen mine
Companies
3 years ago

Behind Zambia’s decision to clear Gemfields of tax evasion

Faberge-owner Gemfields's share initially fell 32% as news that Zambian tax authorities cleared its Kagem mine of claims of evasions failed to cheer ...
Companies
3 years ago
Next Article