The price of palladium, used mainly in pollution-control devices in petrol cars, has almost tripled over the past three years, with a 42% gain since August 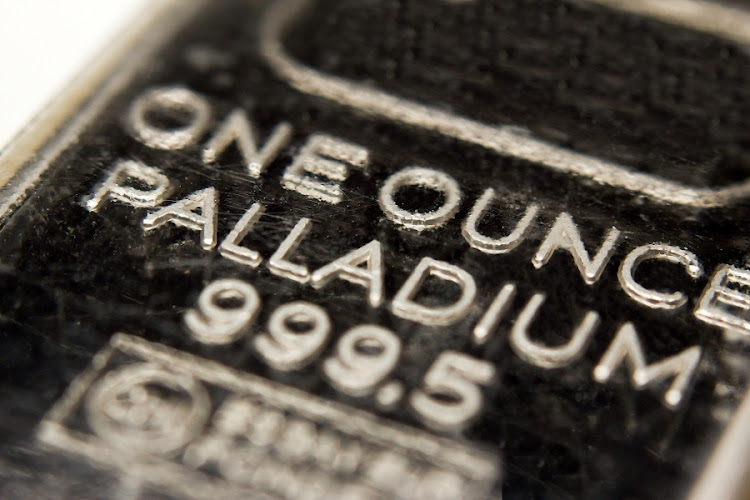 For South African producers, the rally in palladium is partially offsetting the slump in platinum prices to near a decade low. Combined with a decline in the rand, which lowers costs for miners selling metal for dollars, that’s extending a lifeline to companies such as Impala Platinum, Sibanye Gold and Lonmin.

“While the outlook for SA’s platinum industry is uncertain, we do not believe it is as bleak as perceived, at least for some producers,” Julius Baer commodity strategist Carsten Menke said.

The price of palladium, used mainly in pollution-control devices in petrol vehicles, has almost tripled over the past three years, including a 42% gain since August. Rhodium, another byproduct of platinum mining that’s used in cars and the chemical sector, has climbed fourfold since July 2016. Smaller quantities of the other platinum-group metals — iridium, ruthenium and osmium — are also extracted from South African mines.

Implats rose the most in more than two months in Johannesburg trading on Monday after the world’s number two platinum producer rebounded to a first-half profit from a year-earlier loss. The turnaround was driven by higher platinum-group metals prices, the company said.

“We have customers asking to buy all our palladium and rhodium,” Johan Theron, a spokesperson for Implats, said before the results were released. That demand does not fully compensate for losses from mines that produce mainly platinum, he said, and the company still plans to cut 13,000 jobs at its giant Rustenburg complex.

Anglo American Platinum said it expected 2018 profit to as much as double, boosted by a 13% increase in the basket price of PGMs. The world’s biggest platinum miner is also expanding its Mogalakwena mine that is highly geared toward palladium.

The importance of palladium varies between different mines and producers, accounting for about a quarter of Lonmin’s platinum-group metals output and about half that of Sibanye, following its purchase of US palladium producer Stillwater Mining.

The surge in palladium is helping Sibanye pay down debt it accumulated during an acquisition spree, spokesperson James Wellsted said. The basket price for the company’s output of all PGMs surged 19% to R15,700 ($1,155) an ounce in 2018.

High palladium prices as the market remains in deficit until around 2024 may eventually encourage vehicle makers to switch to platinum, which is currently largely confined to diesel cars. That would provide a further boost to South African producers, said Morgan Stanley analysts including Christopher Nicholson.

While the rand has surged in 2019, it is still down almost 10% against the dollar over the past 12 months. Should the currency weaken again, that may allow Implats and Lonmin to postpone some of their planned job cuts, said Rene Hochreiter, an analyst at Noah Capital Markets.

“The rand saves mining companies, as it has always done in the past,” Hochreiter said. “Palladium and rhodium have been helping, but the rand is providing the biggest boost.”

Impala leaps 12% after returning to profit

Exploring and developing new resources are needed to up mining output

Reusable straws and statement socks: mining in a changed world

Exploring and developing new resources are needed to up mining output

Reusable straws and statement socks: mining in a changed world