Appeal against Sibanye’s Lonmin takeover set down for April 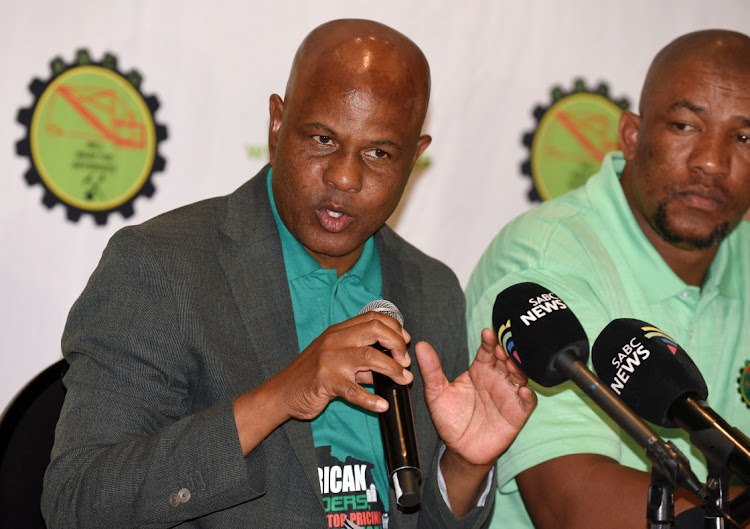 The appeal brought by the Association of Mineworkers and Construction Union (Amcu) against the Competition Tribunal’s conditional approval of Sibanye-Stillwater’s takeover of Lonmin has been set down for April 2.

Amcu, which is engaged in a protracted strike at Sibanye’s gold mines and threatening to spread it to the company’s platinum mines around Rustenburg, is fiercely opposed to the takeover, citing job losses as its primary concern.

While Amcu president Joseph Mathunjwa has declined to link the gold strike to the Lonmin transaction, the two matters are widely regarded as related.

The strike has pitted Mathunjwa against Sibanye CEO Neal Froneman, both men who are noted for not backing down once they have taken a stance.

Amcu embarked on the gold strike on November 21, the same day the tribunal conditionally approved the all-share takeover.

The gold strike was called by Amcu in November to demand a R1,000/month wage increase instead of the R700 extra per month three other unions agreed to in the first two years of a three-year wage deal and R825 extra per month in the final year.

The strike has been marred by at least three deaths, violence and intimidation. About half of Sibanye’s gold workforce is at work at shafts at Kloof, Driefontein and Beatrix.

The tribunal imposed a moratorium on any job cuts in the merged entity, which would be one of the world’s leading sources of platinum group metals (PGMs), with Sibanye owning mines, concentrators, smelters and refineries in SA, Zimbabwe and the US.

Lonmin and Sibanye have extended the stop date for the conclusion of the transaction to end-June from end-February to accommodate the appeal process.

The tribunal noted there had been confusion and heated arguments about the scale of job cuts, with arguments raging about which were merger related. Amcu argued that all job losses stemmed from the deal, while Sibanye stated that of the 13,334 positions to be cut, only 885 were directly related to the takeover.

Lonmin had said in October 2017 it was going to cut 10,156 jobs and the Competition Commission took the view in its recommendation to the tribunal that the deal be approved that any cuts on top of that should be merger-related.

Sibanye told the tribunal it would place a six-month moratorium on retrenching 1,831 people and would run studies into agricultural programmes, investing in certain Lonmin shafts and setting up a consultative forum to implement Lonmin’s social and labour plans.

Drawing a firm line under the varied number of jobs that could be lost because of the merger, the tribunal imposed a moratorium on all job cuts for six months pending the outcome of a detailed study.

Sibanye Stillwater is trying to assess Association of Mineworkers and Construction Union’s backing ahead of potential secondary strike at the ...
Companies
2 years ago

As the Sibanye gold strike goes on, Amcu's appeal against the Competition Tribunal's approval of the Lonmin takeover could further delay the deal
Companies
2 years ago

End of the road for Lonmin