But the two new mega companies will be putting plenty of assets up for sale, leaving lots of room for dealmaking for those who have so far missed out 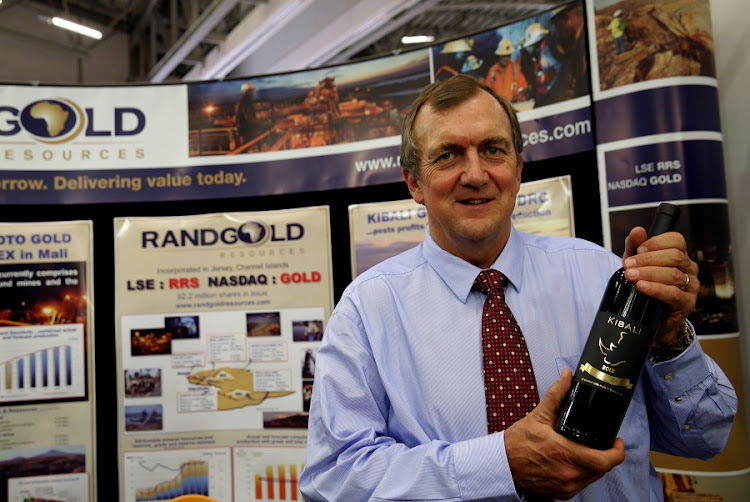 Mark Bristow’s tenure as boss of the world’s biggest gold miner might have been short-lived, but his message for smaller rivals just got even more pointed.

“Holy camoly, I missed out on a great opportunity!” is how Bristow described anyone not involved in Barrick Gold’s purchase of Randgold Resources in September. With Newmont Mining poised to become the world’s largest producer through a $10bn takeover of Goldcorp announced on Monday, the pressure on those left behind will be even greater. 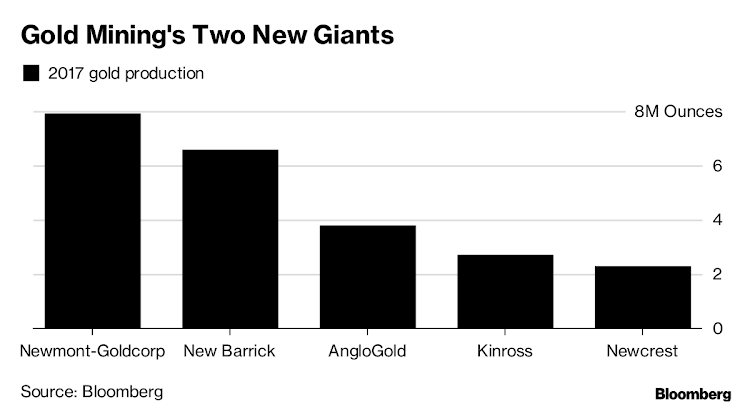 The two mega deals promise to transform the industry that many investors have shunned due to floundering bullion prices and poor decision making by producers. The newly combined companies are also expected to put several unloved assets up for sale, leaving lots of room for maneuvering by those that missed out on the dealmaking so far.

“Somebody has to buy those, so there’s obviously going to be more consolidation of those assets into existing vehicles or potentially new vehicles,” Goldcorp CEO David Garofalo said in a phone interview. “Both Barrick and Newmont Goldcorp, still represent only 6% or 7% of global mine supply, so it’s still a very fragmented industry and I think investors are rightfully demanding that there’s a bit more consolidation.”

In terms of corporate-level transactions, there aren’t many seniors left to consolidate but there is room for mergers among mid-tier and junior companies, he said.

The comments were echoed by analysts. “The industry clearly feels that it needs to do something to become more relevant, one way to do that is just to become bigger,” said James Bell, an analyst at RBC Capital Markets in London. “The question becomes now, will there be a domino effect?”

For his part, Newmont’s CEO Gary Goldberg declined to speculate on future mergers. “We’ve positioned, or will position, the business to be the go-to gold company. Whether this drives others to take action, I think that’s up to each of them to figure out.”

Here’s some companies to keep an eye on:

SA gold miner AngloGold Ashanti will maintain its position as the third-biggest producer even after the latest deals, but is increasingly dwarfed by its beefed-up rivals.

AngloGold is considering listing its shares in either London or Toronto in a move that could see the company hive off its remaining SA operations, Bloomberg reported last month. Part of the lure of London, which it is said to favour, is filling the gap left by Randgold.

Moving out of SA would allow it to focus on the remaining operations that span Africa, Australia and South America and — potentially — look at snapping up additional assets.

Australia’s Newcrest Mining has been repeatedly touted as a potential target for either Newmont or Goldcorp. That opportunity seems to have passed, at least for now, and the company that mines in Eastern hemisphere countries including Australia, Papua New Guinea and Indonesia looks like it’s stuck on the periphery for a while.

It is a similar story for Kinross Gold, which has struggled in the last year as the company was caught up in a tide of resource nationalism in parts of Africa. It has also come under fire from a shareholders’ gold council for executives not owning enough shares — a criticism it’s flatly refuted.

Still in the game:

Don’t count Barrick out of any further dealmaking. CEO Bristow has spoken openly about the Randgold deal being the beginning of an industry shake-up and said the company was not “going to be sitting on our hands should there be other opportunities.”

The enlarged Barrick likes to brag that it owns five of the ten best gold mines in the world and, when asked how many more it wanted to own, Bristow’s light-hearted response was “all of them.”

Newmont will pay 0.3280 of its own shares for each Goldcorp share, a premium of 17% to the weighted average share price from the last 20 days
Companies
3 years ago