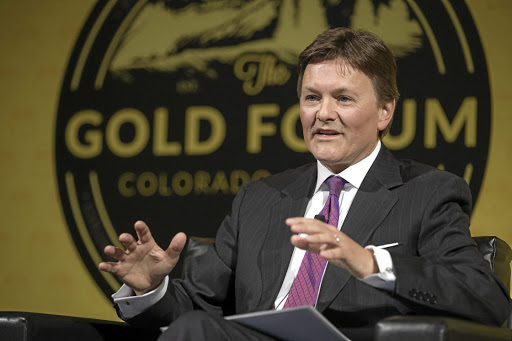 AngloGold Ashanti is considering listing its shares in either London or Toronto, in a move that could see the company hive off its remaining South African operations, according to people familiar with the situation.

While no final decision has been made, the world’s third-largest gold producer has been discussing the plan internally and with advisers, said the people, who asked not to be identified as the talks were private. AngloGold is  listed in Johannesburg and has depositary receipts trading in New York.

The sources said the  producer favoured a London listing, but it was  unlikely to happen before 2020. As part of these deliberations, the company is looking at ways of exiting existing South African operations before moving the listing, they said.

The move would be the latest version of a plan that the company has been considering for years.

In 2014, it faced an investor backlash, including from hedge-fund billionaire John Paulson, when the plan involved a $2bn share sale to help cut debt. That is thought unlikely to be on the table this time as it has made big cuts to borrowings.

The company, now under the leadership of Kelvin Dushnisky, a Barrick Gold veteran, also looks very different from four years ago.

AngloGold has become increasingly global, with only about 13% of its output from SA after selling mines to stem losses in the country. That’s down from 43% in 2007. Its other mines stretch from Australia to Argentina and Ghana. Listing in London would give AngloGold exposure to a big pool of investors with very few options to buy into gold equities.

That would leave Fresnillo as the only major and liquid precious metal miner listed in Europe. — Bloomberg