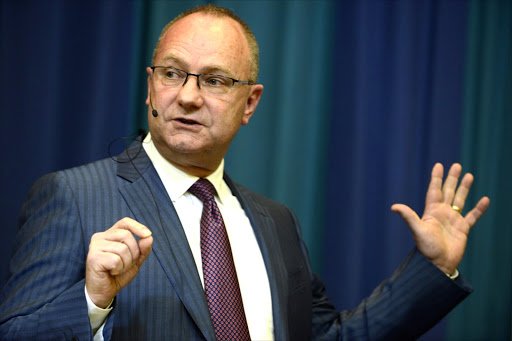 Anglo American has no intention of selling South African assets and, while welcoming the improved Mining Charter, CE Mark Cutifani said the industry would come up with innovative suggestions to make it more palatable to investors, communities and labour.

Anglo’s South African assets, ranging from the most profitable platinum mine in the world, a large new diamond mine and an iron ore cash machine to coal and manganese operations, have long been the source of speculation about whether they should remain in the company.

Some analysts have suggested that they weigh on the London-listed company’s share price because of the regulatory uncertainty bedevilling SA’s mining sector, and that a lot of value could be unlocked by selling them.

If you are already a subscriber, please click on the following link below to go to the full article:  Anglo is not going anywhere, says CE

Graeme Franck from PSG Wealth talks to Business Day TV about Anglo American, his stock pick of the day
Markets
4 years ago
Next Article