Cash is at a near record $145.4bn, with fairly priced acquisitions in short supply 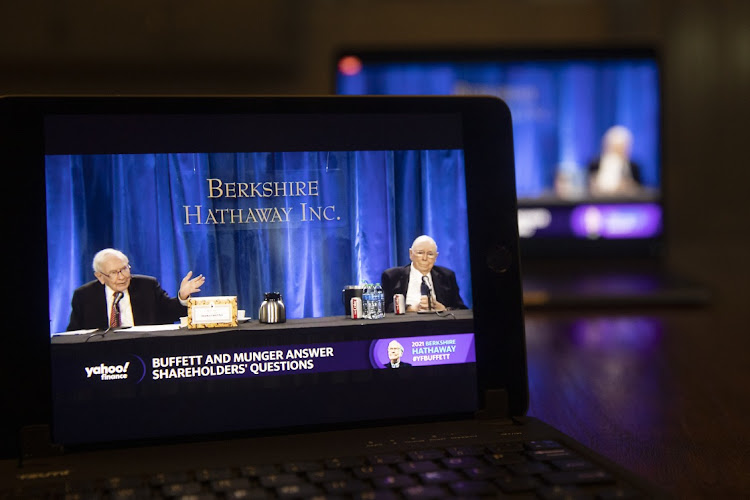 New York — Warren Buffett’s capital-deployment machine pulled back on several fronts at the start of the year as the billionaire took a more cautious stance on stocks.

Berkshire Hathaway’s net stock sales in the first quarter were the second highest in almost five years and the conglomerate, where the billionaire is CEO, slowed its buyback pace, according to a regulatory filing on Saturday. That helped push Berkshire’s cash pile up 5.2% from three months earlier to a near record $145.4bn at the end of March.

Buffett has struggled in recent years to keep up with Berkshire’s ever-gushing cash flow. That’s led him to repurchase significant amounts of Berkshire stock, pulling a lever for capital deployment that he had previously avoided in favour of big acquisitions or stock purchases. He set a record in the third quarter of last year, snapping up $9bn of stocks, but slowed that pace during the first quarter with repurchases of $6.6bn.

“If Buffett does not perceive there to be acquisitions available at fair prices and it’s evident, as a net seller of stocks, that he doesn’t see a lot of opportunities in the open market to buy publicly traded stocks, are we looking at cash growing to $175bn over the course of the next year or so? Because that appears to be where we’re heading,” Jim Shanahan, an analyst at Edward D Jones & Co, said in an interview. “If buybacks are going to decelerate, then what levers are left to pull?”

Berkshire repurchased more stock in January and February than the company did in March, when the stock climbed nearly 5.8%, according to the filing. Buffett has long been disciplined on the price of buybacks, noting in 2018 when the company loosened its repurchase policy that he and his longtime business partner and Berkshire vice-chair, Charlie Munger, can repurchase shares when they’re below Berkshire’s intrinsic value.

Berkshire has come up short on well-priced and sizeable acquisitions in recent years, one of Buffett’s more preferred ways to put cash to work. He struck a deal last year for some natural gas assets from Dominion Energy and invested in some Japanese trading companies. But he’s long been sensitive to prices, not wanting to overpay for an asset, according to Shanahan, and the competitive landscape for deals has intensified with the boom in private equity and special purpose acquisition companies.

Still, Berkshire’s businesses pulled off a strong quarter, with earnings reaching the second-highest level in data going back to 2010. Operating profit of about $7.02bn was only surpassed by the third quarter of 2019. The gains were partly fuelled by the firm’s insurers and its group of manufacturers, servicing businesses and retailers.

Net earnings, which reflect Berkshire’s $282bn equity portfolio, swung to a profit of $11.7bn in the quarter from a loss of $49.7bn a year earlier, when the pandemic started to race across the US and stocks slumped.

Despite buybacks that fell short of Buffett’s quarterly record, the billionaire investor has continued to go after Berkshire’s own stock since the end of March, with at least $1.25bn of repurchases through April 22, according to the filing. And given that Berkshire has no set amount allocated for buyback plans, sizeable repurchases are still a nice bit of capital deployment, according to CFRA Research analyst Cathy Seifert.

“The fact that Berkshire allocated over $6bn to buybacks this quarter is going to be positively received by investors,” Seifert said.

Berkshire against call for annual reports on climate change

Warren Buffett's Berkshire says its businesses ‘represent dissimilar industries’ and it is ‘unreasonable to ask for uniform, quantitative reporting’ ...
Companies
1 month ago

Buffett's net worth, as measured by Forbes, comes almost entirely from owning about one-sixth of Berkshire
Companies
1 month ago