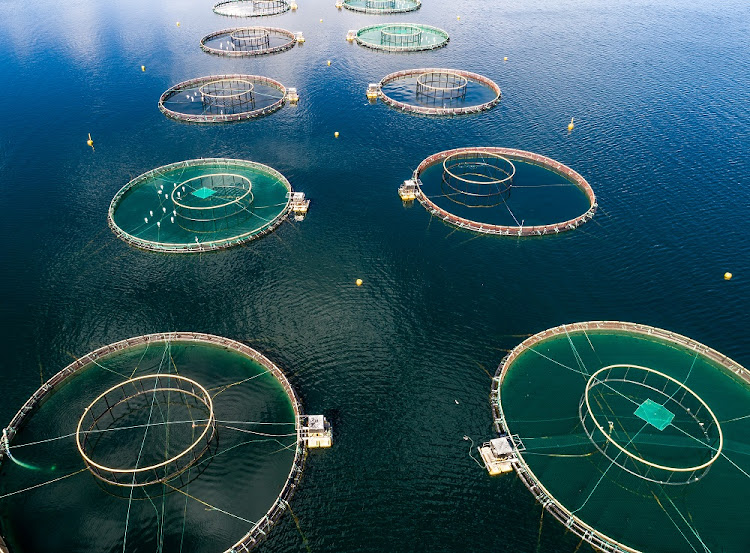 Aker will contribute as much as 1.65bn kroner in cash in three tranches to SalMar Aker Ocean, consisting of SalMar’s interests in its semi-offshore and offshore farming operations, the companies said in a statement on Thursday. SalMar will eventually own 66.6% of the joint company, and Aker will own 33.4% through Aker Capital AS.

Salmon farmers in Norway, the biggest producer of the red-fleshed fish, traditionally are limited to licensed areas in the fiords and close to the coastline. The development of farms in the open ocean will enable an expansion of production to new areas as demand for sustainable protein food sources grows.

The partnership comes as SalMar is involved in a takeover battle with aquaculture group NTS ASA for Norway Royal Salmon ASA. SalMar’s cash offer values the target at about 11.8bn kroner.

Rokke started out as a fisherman to build a $4.7bn fortune in Norway’s offshore industry. Aker’s 40% stake in oil producer Aker BP, where BP owns 30%, still makes up more than half of the holding company’s value.

“We like the combination of Aker’s experience within offshore operations and SalMar’s farming experience, and we believe the partnership should strengthen the prospects for successful growth in offshore farming,” Handelsbanken analyst Kjetil Lye wrote in a note.

Aker’s stock was up 0.2% in late morning in Oslo, while SalMar fell 2.3% after posting a second-quarter operating result that missed analyst estimates.

SalMar Aker Ocean will continue the work of researching and developing offshore farming operations, including through the world’s first operating offshore fish farm, Ocean Farm 1, which has produced 11,000 tons of salmon over two production cycles. Olav Andreas Ervik will head the company as CEO.

The establishment of the joint company is expected to close in first quarter 2022, with a listing of SalMar Aker Ocean on “a relevant stock exchange within one to two years’ time,” according to the statement.

AgriProtein will set up a plant in California, with future operations planned for the Netherlands and Belgium
Companies
2 years ago
Next Article