Land fund invests in Metrofibre to bring connectivity to the poor

Sahif services land on which the state can develop housing, but has found the past two years hard going 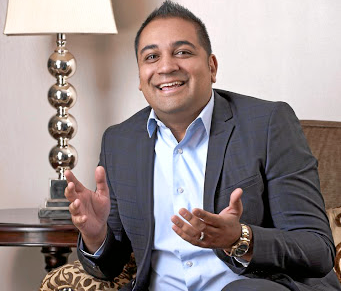 A fund which acquires and converts vacant land into zoned and serviced stands to be sold to the government wants to add fibre connectivity to the services it provides after it bought a stake in fibre broadband provider MetroFibre Networx.

The SA Housing and Infrastructure Fund (Sahif) acquires vacant and unused land near the centres of towns and cities for conversion into zoned and serviced stands, to enhance the speedy delivery of serviced stands to middle- and lower-income households to build their own homes close to places of work, education, health care, public transport and other amenities.

Sahif’s strategy involves preparing land for development through providing infrastructure and then selling it to the government. The fund, created in partnership with the department of human settlements, water & sanitation, aims to fill in the 1.7-million shortfall in the 5-million housing target that was set in 1994.

In the past two years, Sahif has only managed to develop a small portion of the land it owns, which is valued at R1.7bn, as it battled through a no-growth economy throttled by the Covid-19 pandemic.

Founders Kameel Keshav, a former CFO of Rebosis Property Fund, and Rali Mampeule, the CEO of Phadima Group Holdings, have invested along with other partners into MetroFibre, which they have placed in a ring-fenced structure.

The transaction follows AIIM, Sahif and Stoa having invested R1.5bn in equity into MetroFibre in December 2020, to support the company’s R3bn capital expansion between 2021 and 2023.

The transaction also introduced the Old Mutual Hybrid Equity Fund 1 General Partnership, Keshav said. This entity will be managed by Hybrid Equity, a division of Old Mutual Alternative Investments. The partnership has funded the Sahif consortium.

Fibre will soon be included in the Sahif offering, Keshav said, and he hopes it will gain momentum as SA vaccinates its citizens and gets through the worst of the pandemic.

MetroFibre was launched in 2010 to provide fibre cable connectivity to homes and businesses.

“We formed Sahif and started to look at what we could do to make our offering to buyers better. Currently we develop infrastructure on the land. This includes water and sanitation. But we saw that while that is essential at a basic level, connectivity is something which every person in this country needs access to,” Keshav said.

Low-income households would find the costs of fibre connectivity astronomical, he added.

“We want to deliver land to government departments which they can create the best housing out of. These include homes with integrated affordable fibre connectivity.”

In 2018, Keshav, a real estate entrepreneur, tried to list the Inkunzi Student Accommodation Fund but struggled to get enough capital. Weak economic conditions meant investors do not want to take on any risk with a new listing.

Mampeule has worked at Chas Everitt International, later buying a franchise from the estate agent.

Launch of land fund a boost for affordable housing

ENTREPRENEUR: How Rali Mampeule went from hawker to Harvard

Rebosis talks of a mysterious deal to help cut its debt

Rebosis talks of a mysterious deal to help cut its debt