The company, which operates on nine platforms, is not planning to change its focus — unlike many of its peers 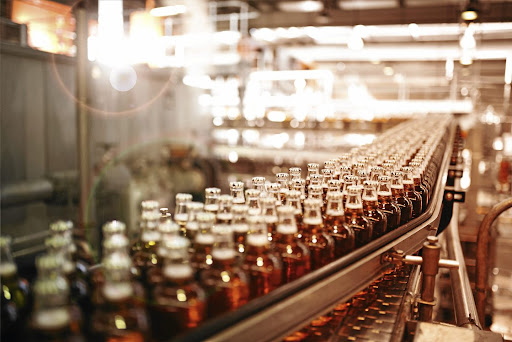 Investment holding companies are on the extinction list. PSG is planning to disappear from the JSE, and RMI is becoming a focused play on Outsurance. There are other examples in the market of “value unlocks” — a term used in eulogies for such companies.

This means that Remgro is becoming a rare breed, as the company has no plans to unbundle everything and close shop. With a substantial portfolio of unlisted assets, that isn’t an option. Remgro is arguably closer in spirit than others to what an investment holding company should offer: a management team that has access to attractive private deals that would not otherwise be available to ordinary investors. The quality and frequency of the deals can help reduce the discount to intrinsic NAV — the ongoing headache for all investment holding companies.

Remgro’s headache (a discount of about 35%, using the share price at the end of each reporting period) is less severe than in other such companies in the market. Though there is room for this to improve, it isn’t advisable to base an investment thesis in Remgro on the narrowing of this discount.

Returns in Remgro will be driven primarily by the movement in intrinsic NAV and the capital allocation strategy, with dividends from portfolio companies. Importantly, the share price performance hasn’t bucked the JSE trend in recent years. If you bought in the past year, you’ve made good money. If you bought three to five years ago, you’ll feel very unhappy.

There are nine investment platforms in the group. The largest on an intrinsic NAV basis  are the consumer products (23.8%), health-care (19.3%), financial services (19.1%) and infrastructure (15.5%) platforms. Due to different valuation multiples in the sectors, the relative contribution to headline earnings varies considerably from the intrinsic NAV exposure.

In the six months to December 2021, the top five investments (Mediclinic, RCL Foods, RMI, Distell and TotalEnergies) contributed about 64% of total headline earnings from investments.

Remgro is now running well ahead of pre-Covid levels based on headline earnings. Mediclinic was the biggest detractor from Remgro’s headline earnings during the pandemic and has led the subsequent recovery, alongside strong contributions from the likes of Grindrod Shipping (now sold), TotalEnergies and FirstRand.

The investment in Community Investment Ventures Holdings (CIVH) deserves a mention as a major contributor to the latest result. Remgro invested a further R2.1bn in July 2021 as part of a significant combination of assets by CIVH and Vodacom. CIVH has historically been significantly loss making, but the headline loss contribution was  reduced to R23m in the latest period.

Notably, TotalEnergies isn’t disclosed as a material investment in the summary of intrinsic NAV. CIVH is the third-most valuable stake, replacing TotalEnergies in the top five investments by this measure. The top five contribute just over two-thirds of the NAV before cash and capital gains tax allowances. CIVH is the best example in Remgro of the deviation between headline earnings and intrinsic NAV contributions.

Moving on to group strategy, one of the priorities is to “reshape the portfolio” towards a greater unlisted asset contribution, which the group hopes would help address structural inefficiencies. In simple language, Remgro acknowledges that its life as an investment holding company is justifiable only based on unlisted assets that investors can’t otherwise access.

A thesis on Remgro would need to be strongly based on the company’s ability to continue participating in  big deals. A good example is Distell, which will  have Remgro roll its stake into a new scale platform in African beverage markets with Heineken. It’s sometimes possible for investors to hold unlisted shares after a transaction like this, but owning a tiny, illiquid stake in an unlisted company is rarely advisable. Investors can participate in this story while holding liquid Remgro shares instead.

The venture capital play in Invenfin is small, but it’s a useful kicker for returns. With the sale of one-third of the stake in Bolt, Remgro has got back the initial investment and is sitting on a three times money return.

Remgro grew its dividend a share almost every year between 2009 and 2019. Valued as a dividend business, the company is expensive at present, with a yield of just 0.7%. A NAV growth business is more appropriate, requiring a view on the listed exposures (especially Mediclinic, RCL Foods and RMI) and Remgro’s ability to deliver on unlisted opportunities like CIVH. A consumer-heavy portfolio in a time of inflation and rising unemployment may not offer the best opportunities in the short term.

Don’t expect any PSG-like fireworks at the august investment holding company. But changes are afoot
Money & Investing
1 month ago
Next Article