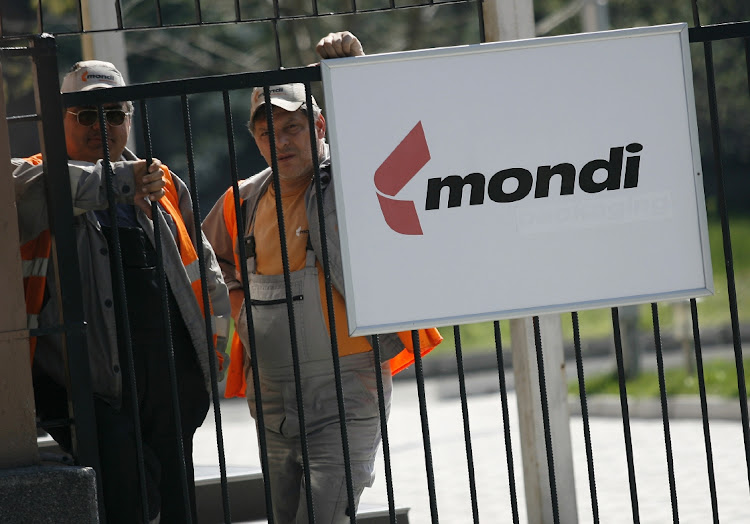 Paper-and-packaging firm Mondi says soaring prices helped it grow core profit by about two-thirds in its half-year to end-June. The group is also cautiously upbeat about its second half, even as the industry grapples with surging costs and a deteriorating global economic outlook.

Group revenue rose 37% to €4.5bn (R76.86bn) in the firm’s half-year to end-June, with underlying core profit rising 65% to €1.17bn, with Mondi successfully passing on surging costs, such as energy, to customers, as well as benefiting from its status as a vertically integrated producer.

Valued at R151.5bn on the JSE, Mondi operates more than 100 production sites in over 30 countries, but generates most of its energy internally, 80% of this from biomass.

Russia’s invasion of Ukraine has thrown commodity markets into turmoil, resulting in surging energy costs, particularly in Europe, which accounts for almost 90% of Mondi’s revenue. 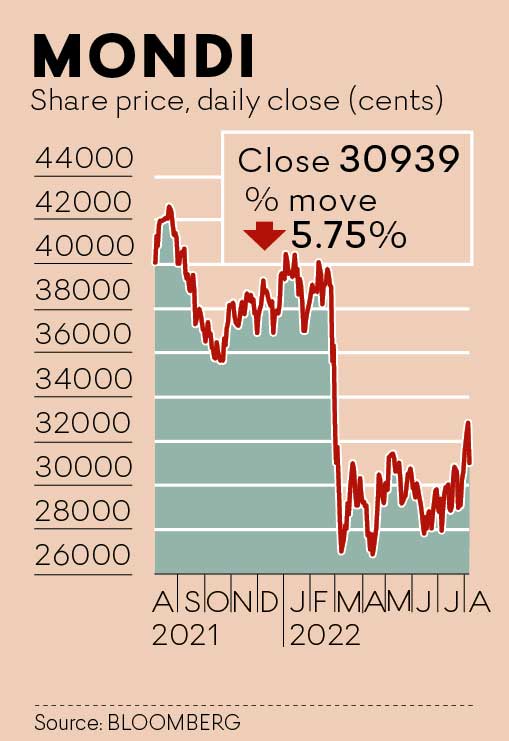 CEO Andrew King said on Thursday even though selling prices were already at record levels, competitors had little room to manoeuvre, with costs already pushing some out of the market.

“We are in the fortunate position of being significantly self sufficient,” he said during an investor presentation.

“That doesn’t mean it doesn’t hurt when the energy price goes up ... but it is not as much as competitors.”

The war in Ukraine has resulted in disruptions to timber supplies from Russia and Belarus, while other effects include many turning to firewood for their energy needs, further contributing to a tight wood market.

Sanctions on Russia have also prompted moves by Mondi to exit that country, with that business held for sale. Mondi’s Russian operation had contributed €228m in core profit in its 2022 half year, about a fifth of its total.

King said on Thursday the company was trying to move quickly to divest its operation in a regulatory and economic environment that was rapidly changing, but “even without the contribution from our Russian operations, the group is in a robust financial position”.

“While there is naturally some talk that people’s priorities are changing  ... I’m a firm believer that the drive for more sustainable packaging solutions is a long-term trend that is here to stay,” he said.

Flexible packaging, uses for which include transporting groceries, accounts for 47% of group revenue, corrugated packaging — such as egg cartons and boxes — 35% and uncoated fine paper 18%.

In afternoon trade on Thursday, Mondi’s shares were down 4.51% to R313.44, on track for their worst day in almost two weeks. It also looked set to snap a six-session winning streak, during which it rose 13%.

The shares have fallen 21% so far in 2022, and are almost unchanged on a two-year basis.

THE FINANCE GHOST: Mondi vs Sappi. Which to buy?

Mondi and Sappi, in particular, have been disappointing performers in recent years. At this point in the cycle though, times are good
Opinion
2 months ago