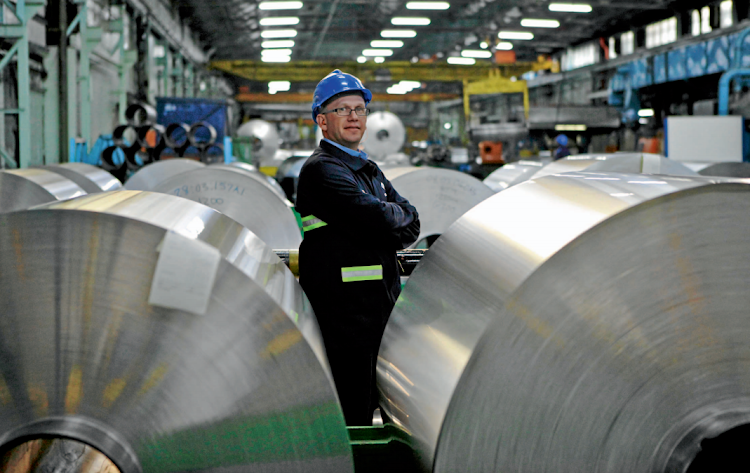 Aluminium group Hulamin says CEO Richard Jacob is set to retire at the end of September after 12 years at the helm.

Jacob joined Hulamin more than three decades ago, and independent non-executive board member Geoff Watson will serve as interim CEO as the company looks for a replacement.

Watson has broad global experience spanning China, Russia, the US and Africa, including executive positions at Alcoa Kaal Australia and UC Rusal, the company said in a statement.

Pietermaritzburg-based Hulamin, valued at R830m on the JSE, buys primary aluminium and supplies a range of high-value, niche rolled products and complex extrusions. Aluminium rolling — the uses of which includes cans — accounts for most of revenue.

Hulamin has been benefiting from growing global can demand over the past two to three years, while in SA, demand has been given another bump from a local glass shortage.

The group’s shares have, however, come under pressure in 2022, having fallen 44%. On June 6, its share crashed more than a quarter, its worst day since listing in 2007, after a potential suitor pulled out of a deal to buy the business.

Hulamin first put out a cautionary announcement in October 2021 without giving details of the potential sale, and the shares have still risen more than 150% on a two-year basis.

“The board thanks Richard for his loyalty, commitment and leadership and wishes him well in his future endeavours,” Hulamin said on Thursday.

Investors in this perennially underpeforming, but promising, aluminium supplier just can't catch a break - unless another suitor is willing to step up
Opinion
2 months ago

Nampak’s growth is a juggling act for CEO Erik Smuts