Mbambo, CEO of the group’s freight services division, will take up the position in 2023, with Andrew Waller retiring after four years at the helm 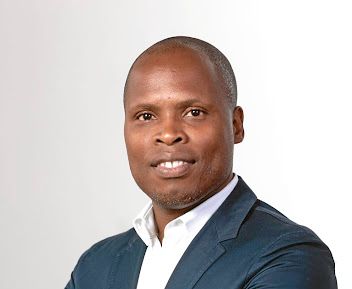 Logistics group Grindrod says head of its freight services division, Xolani Mbambo, will take the helm at the start of 2023, replacing Andrew Waller who will be retiring after four years as CEO.

Mbambo had spent 12 years in the mining industry before taking on various leadership roles at Grindrod since 2013, with his appointment coming as the Durban-based company narrows its focus on growing its footprint, particularly in East Africa.

Waller had advised the board in 2021 he would retire in 2022. He joined Grindrod in 2011 after spending 15 years as a partner of Deloitte & Touche. Previously group financial director, Waller became CEO in September 2018.

Grindrod, valued at R6bn on the JSE, owns ports, terminals and tankers, as well as trucks that haul everything from food, petrol and animal feed in Southern Africa. Waller had taken over as CEO shortly after the group unbundled its shipping interests, and the group has since been looking to sell unwanted assets, including a marine fuels business, private equity division and property interests.

Waller, who is 60, told Business Day his retirement was motivated by “old age,” but Mbombo’s appointment followed naturally as the company had now successfully disposed of noncore assets in order to narrow its focus.

“We’ve got a very good CEO in our freight services division, and you can’t really have two people in the same role,” he said.

Waller added he was extremely pleased that the group’s success in disposing noncore assets was now being recognised by shareholders, and was also happy about finding a buyer for Grindrod Bank that was a very good fit.

The group had also announced earlier in 2022 it was looking to sell Grindrod Bank to Africa Bank for R1.5bn, news which sent its shares up by almost double digits.

Grindrod is selling the bank as part of its focus on freight services, while Africa Bank will gain a bigger footprint in business banking after being a mainly a consumer-focused lender.

“The board is excited to have Xolani lead Grindrod in its quest to deliver an efficient and cost-effective logistics solution for its customers’ cargo flow, while touching the lives of the communities in which we operate,” chair Cheryl Carolus said in a statement.

Grindrod’s shares were up 0.58% at R8.60 in early trade on Friday, and have risen by almost three quarters so far in 2022, while more than doubling on a two-year basis.

The group said recently it expects headline earnings per share to double in its half year to end-June, with disruptive weather, including floods in KwaZulu-Natal, failing to derail healthy volume and profit growth.

The group had said port volumes grew a “commendable” 26% in the five months to end-May, while volumes from its dry bulk terminals jumped 47%.

It had said its logistics business recovered well from the impact of severe floods at five of its depots in KwaZulu-Natal in April, citing the dedication of its employees.

Update: July 22 2022
This article has been updated with comment from Waller.

Grindrod’s core business is its dry bulk business, hauling commodities such as iron ore and coal, both of which fetched record prices in 2021
Companies
2 months ago
Next Article