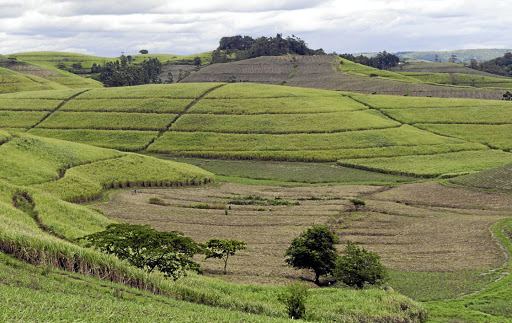 Shares in Tongaat Hulett, SA’s biggest sugar producer, which is trying desperately to remain afloat after an accounting scandal that cost shareholders billions in lost market value, have recovered 62% over the past two weeks.

The rise has come after Tongaat fleshed out a fresh revival plan with the appointment of turnaround specialist Piers Marsden as its chief restructuring officer, and after a controversial fundraising exercise with Southern African agribusiness investor Magister Investments fell through.

The shares jumped 15% to close at R4.05 on the JSE on Monday, the highest close since early March, according to Infront data.

Still, the stock price is a fraction of what it was before the scandal that broke in 2019, dealing a further blow to SA’s corporate landscape at a time when the investment community was just getting to grips with the scale of corporate fraud uncovered at retail giant Steinhoff.

“The end to the highly dilutive Magister underwriting agreement has triggered a huge relief rally. It’s also possible that Tongaat may have to sell some assets, which will raise cash in the short term,” said Chris Logan, chief investments officer at Opportune Investments.

A huge legal claim with auditing firm Deloitte is pending, he added. Tongaat has held Deloitte liable for not picking up on the red flags between 2015 and 2018, the period during which the company overstated its profits under the previous management led by former CEO Peter Staude. Those involved, however, have denied any wrongdoing.

“Hopefully the board and Tongaat’s large shareholders have learnt from their aborted Magister rights offer experience and are looking at more shareholder friendly courses of action to relieve the debt burden,” Logan said.

The share price bottomed out at R2.44 on June 22 before surging to current levels. However, it is still way off the peak of R173 reached in November 2014.

The appointment of Marsden, who has a long history in guiding distressed businesses through cash-flow crises, including the likes of Cell C, Edcon and Ascendis Health, was made as it became clear that Tongaat was unlikely to push through an equity fundraising effort worth at least R4bn. About half of the rights offer would have been underwritten by the Zimbabwean Rudland family’s privately held Magister, in a deal that was not popular among some Tongaat shareholders.

Marsden, a director of Matuson & Associates, will have broad powers to fix the company’s lopsided capital structure. He will chair a five-person board subcommittee comprising non-executive directors Jean Nel, Andile Sangqu and Graham Clark, as well as executive director Rob Aitken. /With Michelle Gumede

The sugar giant badly needed a white knight — but the one it found, run by Zimbabwe’s Rudland family, turned out to have a knack for secrecy
Opinion
2 months ago

Parties related to underwriter found to have dealt in shares during a prohibited period, report reads
Companies
2 months ago

Magister ‘not opposed’ to sweetening deal for sour Tongaat minorities

GAVIN HUDSON: Recapitalising Tongaat will protect more than half a million ...

Magister ‘not opposed’ to sweetening deal for sour Tongaat minorities

GAVIN HUDSON: Recapitalising Tongaat will protect more than half a million ...