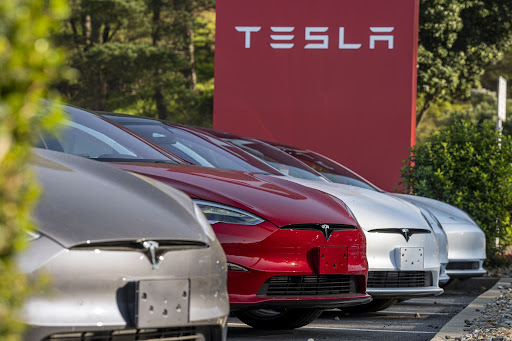 Tesla will seek investor approval to increase its number of shares to enable a stock split in the form of a dividend, the electric car maker said on Monday, sending its shares up 5% before the bell.

The proposal has been approved by its board and shareholders will vote on it at the annual meeting. The stock split, if approved, would be the latest after a five-for-one split in August 2020 that made Tesla shares cheaper for its employees and investors.

After a pandemic-induced rally in technology shares, Alphabet, Amazon.com and Apple too have in the recent past split their shares to make them more affordable.

Telsa, which debuted at $17 per share in 2010, is trading above $1,000. Since the stock split in 2020, the shares have surged 128%, boosting the market capitalisation to above $1-trillion and making the company the biggest US carmaker by that measure.

Tesla’s electric cars are among the most sold and it has delivered nearly a million cars annually, while ramping up production by setting up new factories in the US and Europe.

However, the company is also beginning to face competition as legacy carmakers such as Ford and start-ups including Rivian enter the market, giving consumers a number of new options.

Tesla said the stock dividend will be contingent on final approval.