The group generates less than 3% of its revenue in Russia, but now only expects growth of 2%-4% for 2022 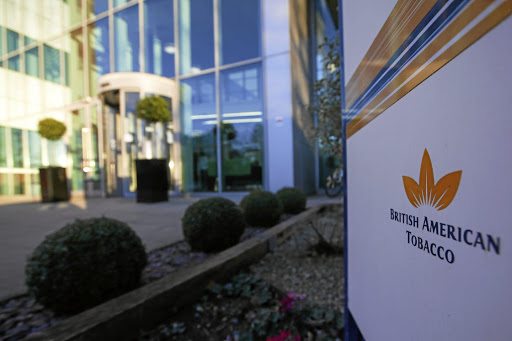 British American Tobacco (BAT), the maker of Lucky Strike and Dunhill, has opted to pull out of Russia due to the war in Ukraine, trimming its full-year revenue guidance as a result.

BAT has initiated a process to rapidly transfer its business in Russia, which along with Ukraine accounts for about 3% of revenue. The group has trimmed its growth guidance for 2022 to between 2% and 4%, from between 3% and 5% previously.

BAT Russia was established in 1991, with its head office in Moscow, while it has a manufacturing facility in St Petersburg. Along with 75 regional offices, the group employs 2,500 people in the country.

The tobacco giant, which has its primary listing on the London Stock Exchange and a secondary one on the JSE, said in a statement it would do what it could to safeguard the future employment of its staff in the country, but that its ownership of the business was no longer sustainable, and upon completion it would no longer have a presence in the country.

Russia’s invasion of Ukraine has prompted unprecedented sanctions against the country, severely hitting both its economic prospects and promising further supply-chain disruptions for companies that operate there.

JSE-listed packaging and paper group Mondi said on Friday it was considering its options for its Russian business, which accounts for about a fifth of its core profit, with considerations including a legal separation. 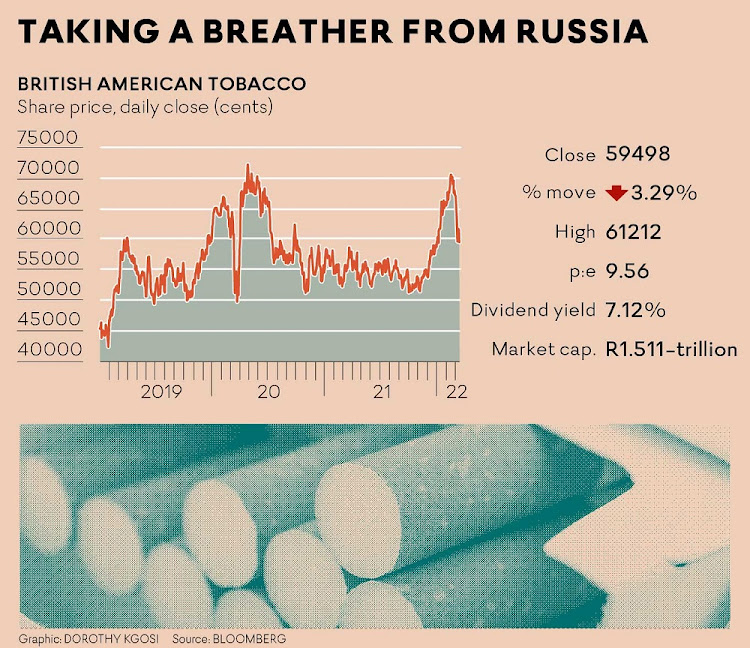 Mondi added that the business in Russia was beginning to experience pressure, including through access to spare parts.

Western companies have pulled out of Russia en masse as the US, the EU and Britain imposed sanctions aimed at curbing Moscow’s access to funding.

In response, a government commission approved this week the first step towards nationalising assets of foreign firms that leave the country.

To exit the business or stop selling or manufacturing would be regarded as a criminal bankruptcy by Russia, and they may enforce criminal actions on local management, BAT CEO Kingsley Wheaton told Reuters in an interview.

“There’s no way, consciously, we can expose our people to criminal repercussions.”

Wheaton said it would continue to pay employees’ salaries until it transfers its business in the country to another entity. He said potential parties that could be interested include its Russian distributor of 30 years, which he declined to name.

The company represents just under a quarter of Russia’s tobacco market.

The decision to exit Russia comes two days after the company said it had suspended all its planned capital investment in the country.

Stating that “the context is highly complex, exceptionally fast-moving and volatile” after reviewing its presence in Russia, BAT said it had started the process to rapidly transfer the Russian business “in full compliance with international and local laws”.

Updated: March 14 2022
This article has been updated with information on a number of businesses that have left Russia.

As global cigarette sales fall BAT must find alternative ways to sell addiction, so it has turned to vaping
Opinion
5 months ago

This article is an introduction to the complex world of tobacco control – a world of deep distrust and betrayals – and why the vaping industry ...
Features
6 months ago

MARC HASENFUSS: Money in the mayhem

If anything is keeping the spirits up, it is the early advances of my investment portfolio
Opinion
6 months ago
Next Article

Can BAT reignite the market?

Can BAT reignite the market?