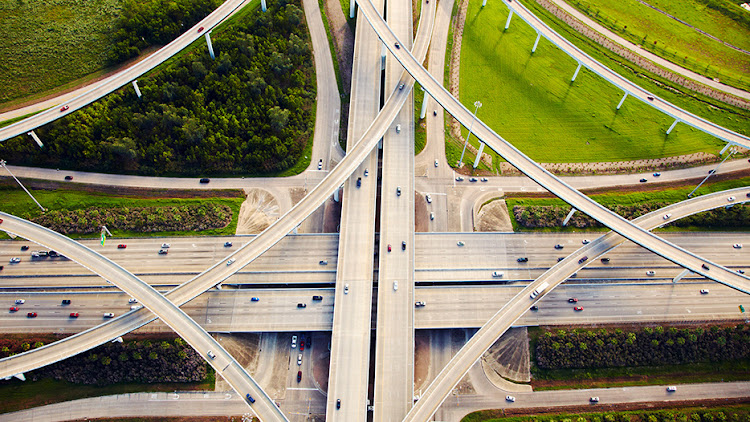 SA stands to see multi-billion rand infrastructure programmes that will boost employment and the economy. PICTURE: SUPPLIED/GETTY IMAGES VIA INVESTEC

The dawn of a new era of public-private partnerships (PPPs) in infrastructure has opened up a wealth of possibilities in everything from water and sanitation to fibre rollout and projects that support the sustainable development goals (SDGs).

Covid-19 overshadowed everything, including the establishment of Infrastructure SA (ISA) in May 2020. The announcement deserved more attention.

Led by the respected and competent Kgosientso Ramokgopa, who reports directly to the president, ISA’s creation is a watershed moment. The new structure will:

These are the flavour of reforms that both investors and businesses with an interest in developing infrastructure have been hankering after. They fit neatly into the broader narrative of government policy becoming more business friendly.

We’ve seen, heard and smelled the consequences of neglected water infrastructure. It’s made it easier to imagine a future with permanent shortages of clean water.

But with the government showing real intent to work with the private sector on infrastructure development, we may be spared this dystopian prospect.

As a recent example, government guarantees allowed the Trans Caledonian Tunnel Authority to raise more than R15bn of private investment to further the development of the Lesotho Highlands Water Project.

SPONSORED | Eskom needs to decommission its coal-fired plants and replace them with renewable energy sources, says Investec
World
6 months ago

Besides bolstering the critical water levels of the Vaal river system, a large value chain of businesses will be contracted for the project’s development, creating employment.

Corporate and commercial interest in desalination and wastewater treatment plants is also on the rise: the former to secure supply for coastal industry, the latter to recycle water instead of paying for more.

“Water is the next crisis, not only in SA, but on the continent. For obvious reasons there’s been a lot of focus on power, so water and sanitation has been somewhat left behind. So yes, there’s definitely a need for investment,” said Franca Sandham, project finance consultant at Investec.

Read more: Clean water and sanitation — How the mining sector is doing what it can to help

When spectrum comes around

After almost 16 years of failed attempts by the Independent Communications Authority of SA (Icasa) to auction more spectrum to SA’s telecom operators, the process finally began in March with the auction netting R14.4 bn for the country’s digital infrastructure – significantly more than the expected R8bn.”

There are also other encouraging signs:

With the spectrum hurdle slowly diminishing, the investment case for the rollout of telecom infrastructure is glittering. At its core is the global, near perfect correlation between internet speed and data consumption. In other words, build it and they’ll come.

Fifty-five projects, valued at R595bn and touted to create more than 500,000 jobs, are being prepared and packaged by the SA government

“Everyone’s heard of the IMF and the World Bank. Along with other institutions, they finance about $250bn of global infrastructure development each year. Not everyone knows that the export credit market matches that figure,” said Chris Mitman, head of export finance at Investec.

African countries can use that mechanism to help each other develop their respective infrastructure. Take the planned construction of a railway line in Ghana.

To help raise the necessary finance, the Export Credit Insurance Corporation (ECIC) of SA, a state-owned institution, provided the loan insurance that made it possible for Investec to extend commercial funding of €75m to the Ghanaian government.

The best part? The loan is contingent on capital goods and services from SA being used to build the railway to the value of 70% of the loan. That’s more than €50m worth of contracts that will boost our exports and create employment.

Two other projects — one in transport, the other for a hospital – are being funded in a similar fashion.

“The hospital transaction will give 3-million people in Ghana access to world-class health care who would otherwise be unable to afford it. That will make a big, quick impact, which is exactly the type of project, from a SDG perspective, that we’re looking to fund. It’s a great example of the inter-Africa trade that we are trying hard to promote,” said Brian Irvine, head of Africa structured trade and debt solutions at Investec.

PPPs are on the move

Infrastructure projects fall on a continuum. On the one end are projects suited to pure government financing; on the other are those the private sector can handle on their own. For everything in-between, there’s PPPs.

Fifty-five such projects, valued at R595bn and touted to create more than 500,000 jobs, are being prepared and packaged by the SA government. They need R441bn from the private sector to make them happen.

Four of these projects have already been through ISA’s hoops and given the green light: two water projects in Limpopo; a student accommodation build for 9,600 learners; and a social housing programme, together worth R21bn. A one-stop border post project is expected to be approved any day now.

“In the past, the process of getting PPP approval from the National Treasury was very drawn out. You can see they are now trying to streamline that process. External advisers, who understand best practice, are being consulted. It’s going to take time, but the government is now working to remove the hurdles for PPPs,” said Martin Meyer, head of power and infrastructure finance at Investec.

Get the flywheel turning

Speaking in his capacity as the chair of the Banking Association SA, Investec Bank CEO Richard Wainwright summed up what’s needed to get infrastructure — what President Cyril Ramaphosa calls the “flywheel of SA’s economic recovery” — moving:

“The thing about a flywheel is that once it gets turning, it gathers its own momentum. So, let’s get it turning. Not with 62 projects, or even 50, but with three or four. Because once investors can see the wheel turning, once they can see evidence of strong sponsors, alignment within the government and a workable framework for realising financial returns, that’s when SA’s R440bn infrastructure funding backlog will begin to look like a massive private sector investment opportunity.”

This article was written by Warren Kelly and originally appeared on Investec Focus.

Covid has pushed workplaces to embrace new practices: Let’s keep the good ones

SA’s energy crisis: A brighter future on the horizon?