Tough times for consumers sees Woolworths missing out on rebound 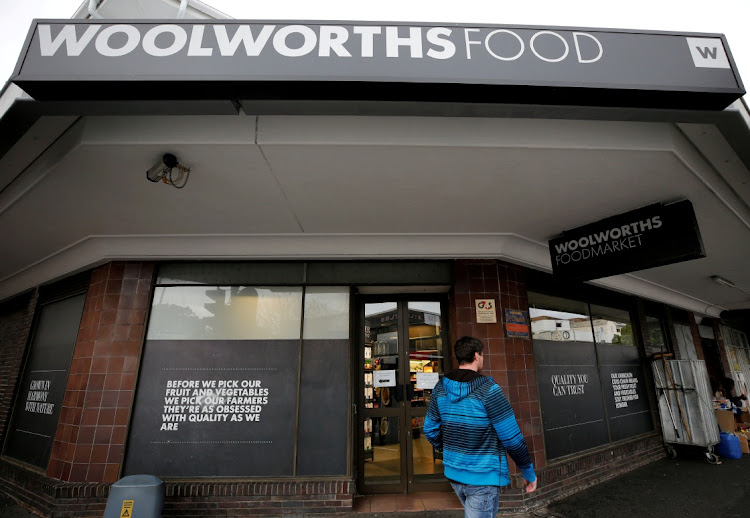 High-end clothes and food retailer Woolworths expects its first-half headline profit to slump up to 40% as lockdown restrictions in Australia and civil unrest in SA hit sales.

In a sign of the pressure on consumers in an economy that still bears scars from the Covid-19 outbreak, the food business, traditionally a star performer, barely grew. Woolworths’ clothing business seemed not to have benefited from a wider rebound in spending during November.

The retailer said the low growth should be viewed in the context of a high base in 2020, when people spent more than usual on groceries and eating at home, because they could not go to restaurants due to lockdown restrictions. Sasfin analyst Alec Abraham said this argument “holds water as Woolworths Foods handsomely outperformed its peers last year in terms of total and real sales”.

Woolworths is facing competition from on-demand grocery delivery apps offered by Checkers and Pick n Pay. The Woolworths online delivery service has had a slower rollout.

Salmour Research analyst Chris Gilmour predicted that the Shoprite sales update, expected soon, “will be substantially better than [that of] Woolworths.”

“Competition is getting more intense in a slowing economy and increasingly we will see people trading down.”

He added that the wealthy in SA, a key Woolworths market, are continuing to emigrate. While data is hard to come by, analysts have reported a spike in people leaving the country amid a weak economy, while confidence was dented by rioting and looting in July 2021.

Woolworths’ fashion and beauty business in SA continues to show sluggish results with a 4.2% increase in sales, even as CEO Roy Bagattini initiated a turnaround, cut product lines and hired a new head of the fashion business a year ago.

The underperformance was notable in the light of Stats SA data that showed spending on clothing increased in November. Woolworths saw a decline in clothing sales from mid-November as women’s wear underperformed.

“Woolworths’ fashion and beauty business totally missed out on the crackerjack spending spree among clothing retailers in November,” Gilmour said.

Treurnicht said Woolworths’ clothing is too expensive and it has too many big stores. “They are still sitting with too much space in their portfolio. This affects their bottom line which keeps disappointing the market.”

The company was hit by strict lockdown restrictions Down Under, but Black Friday promotions, festive season trade and the lifting of restrictions in Australia boosted sales in the last six weeks of the period.

Country Road sales declined 3.1% and 3.2% in comparable stores for the half. Online sales increased 3.6% and contributed 33.8% to total sales, while trading space was reduced by 7.4%.

Back in SA, the Woolworths financial services net book grew 5.3% to end-December, compared with a 7.8% contraction as at December 31 2020, reflecting the consumer spend recovery.

Zyda Rylands was due to step down at end-September, but has agreed to stay on until 2024
Companies
9 months ago

Woolworths, SA's leading retailer in the premium food space, is prepared for an onslaught from competitors who want to try and eat its lunch
Business
11 months ago
Next Article