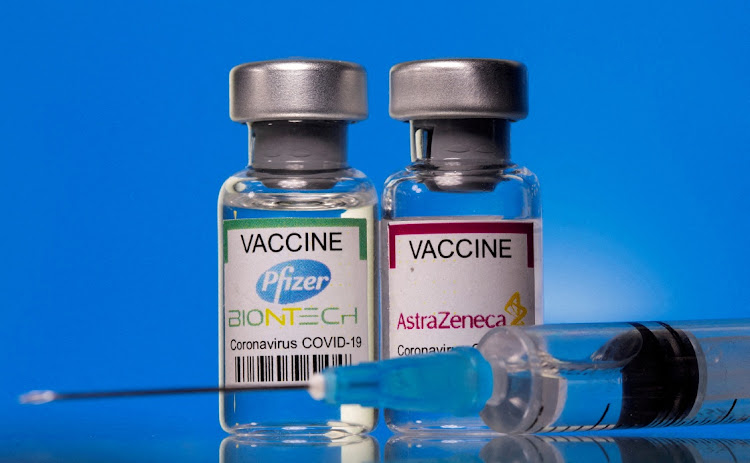 Brussels — Pfizer and BioNTech are set to displace AstraZeneca as the main suppliers of Covid-19 19 vaccines to the global Covax programme at the start of 2022, a shift that shows the increasing importance of their shot for poorer states.

The expected change comes with problems for receiving countries that lack sufficient cold-storage capacity to handle the Pfizer vaccine and a possible shortage of syringes needed to administer the shots.

AstraZeneca is the most distributed vaccine by Covax now, according to data from Gavi, the vaccine alliance that co-manages the programme with the World Health Organisation.

The programme has delivered more than 600-million shots to nearly 150 countries so far, of which more than 220-million are AstraZeneca’s and about 160-million Pfizer’s.

Pfizer is set to take over the top spot in the first quarter of 2022, according to Gavi and WHO figures on doses assigned by the Covax programme for future supplies. By the end of March, another 150-million Pfizer doses are to be distributed by Covax, a WHO document shows.

Pfizer is far ahead in terms of “allocated” jabs, with about 470-million doses delivered or readied for delivery, compared with 350-million from AstraZeneca, a spokesperson for Gavi said.

Pfizer is the first provider of Covid vaccines to the EU, the US and Japan. It has bilateral agreements for more than 6-billion doses, making it by far the largest supplier, according to data from Unicef, a UN agency.

But AstraZeneca is seen as a crucial supplier to less developed countries, because its shot is cheaper and easier to deliver. Covax placed huge orders with AstraZeneca at the beginning of the pandemic, but supply problems and export restrictions from top producer India gradually reduced its reliance on the Anglo-Swedish shot.

The programme faced problems securing doses directly from vaccine makers as the world scrambled for shots. That led to donations from rich nations becoming more important and resulted in Pfizer becoming the main supplier to Covax. The US is donating mostly Pfizer shots to the programme.

The change forced Gavi to rush to invest more in cold-chain capacity in receiving countries that do not have enough refrigerators and cold transport equipment to handle the Pfizer shot, which requires lower storage temperatures than the AstraZeneca vaccine.

The organisation warned about insufficient cold chain capacity in some countries, according to an internal report submitted to Gavi’s board at the beginning of December.

The problem is compounded by a risk of shortages of special syringes needed to administer the Pfizer vaccine, Gavi warned in the document.

The Pfizer jab is “the hardest to deliver given ultracold-chain and special syringe requirements”, Gavi says in its internal document.

It is also “the hardest to plan for as these [donated vaccines] often come with earmarking and little notice or in a staggered manner and in small volumes and with short shelf lives”.

Wealthy countries donating Covid vaccines that have a relatively short shelf life has been a “major problem” for Covax, a WHO official said last week, as many doses were wasted.

An EU official told a news briefing last week that EU donations of Pfizer vaccines to Covax were slowed by a lack of syringes. A second official familiar with the issue said that Gavi had to postpone the delivery of some Pfizer doses from Europe because of the lack of syringes.

Pfizer declined to comment on syringes because it said it doesn’t produce or buy them directly.

As more doses are made available to poorer nations, Unicef and the WHO have long been warning of the insufficient supply of the auto-disable syringes, which are crucial for inoculations in poorer nations.