Thyssenkrupp back from the brink but faces ‘enormous challenges’, says CEO 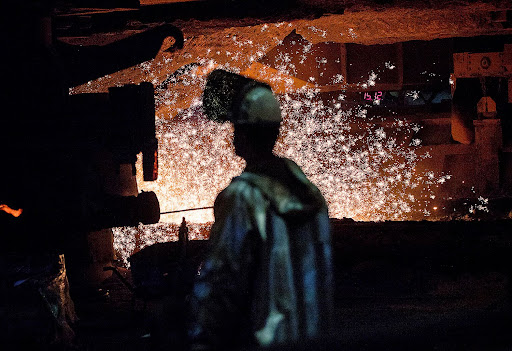 Thyssenkrupp  expects cash flow to break even this year and earnings to double as the effects of an ambitious restructuring start to take hold.

The German conglomerate said free cash flow before M&A for the past fiscal year, which ended September 30, improved to a €1.27bn loss. A break-even performance in the current 2021/2022 period would end a four-year cash drain.

“After a good two years of intensive transformation work, we can now say that the turnaround is evident,” CEO Martina Merz said in a statement on Thursday that detailed earnings results and laid out the forecast. “Thyssenkrupp is going in the right direction.”

Merz is leading a deep restructuring of the German industrial heavyweight, which was fighting for survival even before the pandemic hit. Once synonymous with German industrial prowess, Thyssenkrupp has suffered a cash drain as a global steel glut compounded profound structural issues across the firm. After selling its prized elevator unit in 2020, Thyssenkrupp reached agreements during the summer to offload smaller mining and infrastructure businesses.

“We believe the guidance, even if free cash flow was not firmly committed to be positive yet, should be well received,” Jefferies analyst Alan Spence said in a report.

The portfolio reshaping will continue after the company said Thursday that it’s planning to separate the Uhde Chlorine Engineers unit, confirming an earlier report by Bloomberg News. The division, said to be worth as much as €5bn, produces plants that generate hydrogen, a combustible heating fuel, from renewable electricity, a business area that requires investment to benefit from the global shift to clean energy.

“Thyssenkrupp is currently planning an initial public offering as the preferred solution and would retain a majority interest in the business,” the company said in its earnings statement.

Thyssenkrupp shares have climbed about 25% in 2021 to the close on Wednesday.

Net income this fiscal year will be at least €1bn, the company said, as profits at its steel division improve and as units it’s considering selling further stem losses. Adjusted earnings before interest and taxes (ebit) will rise to as much as €1.8bn, Thyssenkrupp said.

The maker of industrial machinery, automotive parts and submarines said it’s benefiting from the global economic recovery and its restructuring measures. Thyssenkrupp’s adjusted ebit in 2020 rose to €796m on sales of €34bn. With rising steel and material prices, earnings at its storied steel division climbed to €116m, up from an €820m loss a year ago.

Still, the company is grappling with widespread supply-chain issues that are disrupting production across many industries.

“Enormous challenges remain, especially due to the semiconductor shortage and the uncertainties arising from the coronavirus pandemic,” Merz said.

Thyssenkrupp raises outlook on back of global recovery

Thyssenkrupp is in talks to sell its steel business to the UK’s Liberty Steel, potentially putting one of Germany’s most iconic firms in foreign hands
Companies
1 year ago
Next Article