After falling 3.4% in the first half of the financial year, income rebounds 6.3% in the second half 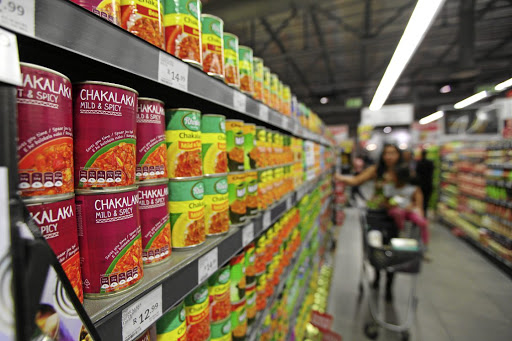 RFG, formerly Rhodes Food Group, is facing a challenge in passing rising input costs to consumers going into 2022, CEO Pieter Hanekom told Business Day, while port congestion could still be a challenge for the group’s exports over the next 18 months. 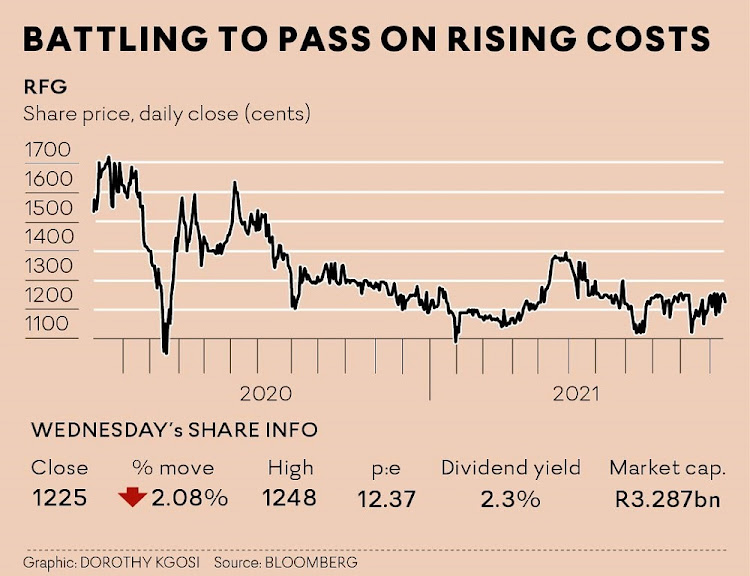 Group revenue increased 1.5% to R6bn in the group’s year to end-September, having fallen 3.4% in its first half, as stricter lockdown restrictions hampered sales of pies, the snack of choice for many motorists, as well as fruit juice, a staple of school lunch boxes.

Profits came under pressure in 2021 from an abnormal adjustment of R27m for electricity costs, arising from increased power capacity supplied to one of the group’s production hubs, which was upgraded and expanded in its 2019 financial year. RFG said the management had realised in 2021 the group was possibly being undercharged for electricity, and had engaged local authorities on the matter.

The group’s normalised operating profit, excluding impairment and acquisition costs and the adjustment for prior-year utility costs, increased 9% to R419m and the operating profit margin improved by 40 basis points to 7%.

RFG generates just more than half of its revenue from long-life foods, which include fruit juice, 29% from fresh foods such as pies, and just less than a fifth internationally.

Export sales continues to be affected by the shipping backlogs due to the ongoing global logistics challenges and local port congestion, the group said, but demand remains strong.

“We expect export volumes to recover as the shipping backlog reduces over the next 12-18 months,” said Hanekom. “We really did well in difficult circumstances in terms of getting the product out to market.”

Update: November 17 2021
This article has been updated with share price information and additional information throughout.

Consultations on job cuts are ongoing, the food group says, as profit after tax increased by just 0.3% in its year to September 27
Companies
1 year ago

The large food companies have had a torrid time, but there’s potential in the mid-cap sector, writes Anthony Clark
Companies
1 year ago
Next Article

RFG expects better after bumper harvest and easing of restrictions

RFG expects better after bumper harvest and easing of restrictions