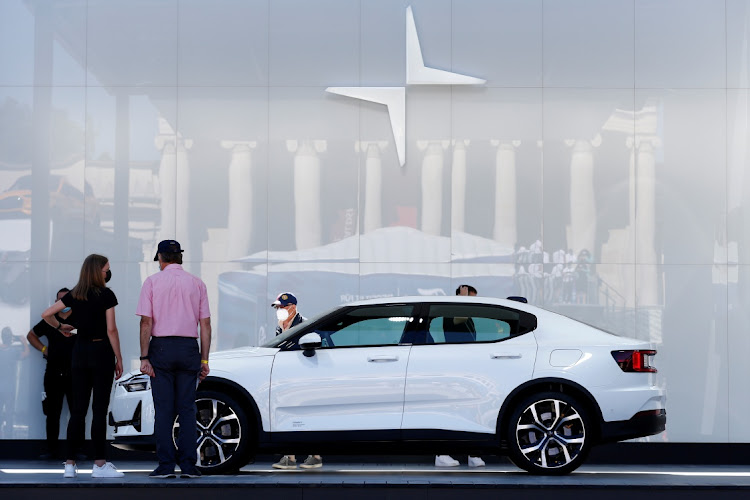 Swedish electric-car (EV) maker Polestar said on Monday it will go public by merging with a US-listed blank-cheque firm backed by billionaire Alec Gores and investment bank Guggenheim Partners at an enterprise value of $20bn.

The deal with Gores Guggenheim will provide Polestar with cash proceeds of more than $1bn, including $800m from the special purpose acquisition company (Spac), and a private investment in public equity (Pipe) of $250m from institutional investors.

Shares of Gores Guggenheim pared some earlier gains and were up over 4% in morning trading.

The deal comes at a time when large Spac mergers have become rare, as the business of blank-cheque deal making deteriorated rapidly over the summer after investors were spooked by the poor financial performance of many Spacs and a regulatory crackdown led by the US Securities and Exchange Commission (SEC) over their disclosures.

The premium EV maker's offering includes two models: a hybrid car known as Polestar 1 and a fully electric Polestar 2. It previously said it has another model in development called the Precept, which is a larger sedan.

Polestar delivered about 10,000 vehicles globally in 2020 and expects to sell about 290,000 vehicles per year by 2025. It predicts it will rake in $1.6bn in revenue this year and double that number next year.

The company's listing plan comes as carmakers shift their focus to environmentally friendly vehicles amid rising pressure from legislators and investors concerned about climate change.

Polestar joins other EV makers in the public market, including Tesla and Lucid Motors, which went public in a $24bn Spac deal in February.

Polestar touts an asset-light business model as a key differentiator by having existing productions lines provided by backers Volvo and Geely, so it can focus on investing in research.

“We don’t need the capital to build the factory. We can put the money raised into developing the technology and the market,” Polestar CEO Thomas Ingenlath said in an interview.

The company raised $550m in external funding in April and announced plans in June to build Polestar 3 electric sport utility vehicles at Volvo’s US plant in South Carolina beginning next year.

Current equity holders of Polestar, who will roll their entire interest in the combined company, will retain about 94% ownership, it said.

Volvo said on Monday it will make additional equity investments in Polestar of up to $600m and is expected to hold about 50% of the combined company.

Spacs are publicly listed companies that are raised with the intention of merging with a private company at a later date. For the company going public, a Spac merger serves as an alternative to a traditional initial public offering.

Once the deal is completed, Polestar will trade under the ticker symbol PSNY on the Nasdaq.

Shares in Evergrande NEV tumbled as much as 25.8% on Friday, bringing losses for the year to 93%
Companies
10 months ago

GM has recalled more than 140,000 vehicles to replace battery modules after reports of fires
Life
10 months ago

CONOR SEN: How electric fuel stations spell the end of the road trip as we know it

The R340,000 Polo-sized car is part of VW's push to dethrone Tesla
Life
11 months ago
Next Article