A ‘greenshoots’ plan at Hillside looks to implement energy efficiency technology, which has been implemented at Mozal 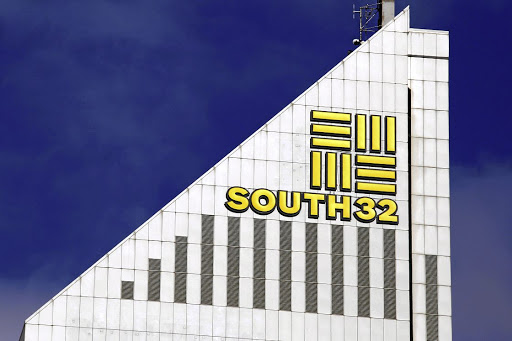 A sign adorns the building where Australian miner South32 has their office in Perth, Western Australia. Picture: REUTERS/DAVID GRAY

Diversified global miner South32 is working on decarbonisation that will see its energy-intensive Hillside Aluminium Smelter operating sustainably for the long term.

South32 was spun out of BHP Billiton in 2015. After exiting its SA Energy Coal assets in June 2020, the company continues to operate its SA Manganese mines in the Northern Cape and the Hillside smelter in Richards Bay. It also owns the Mozal smelter just over the border in neighbouring Mozambique.

Following on from commitments to slash its direct and secondary carbon emissions in half by 2035, South32 expanded on its plans for the energy intensive Hillside smelter on Thursday at the release of its annual results.

Eighty-nine per cent of the group’s total secondary emissions — known as scope two emissions — relate to the coal-fired power supplied to it by Eskom. 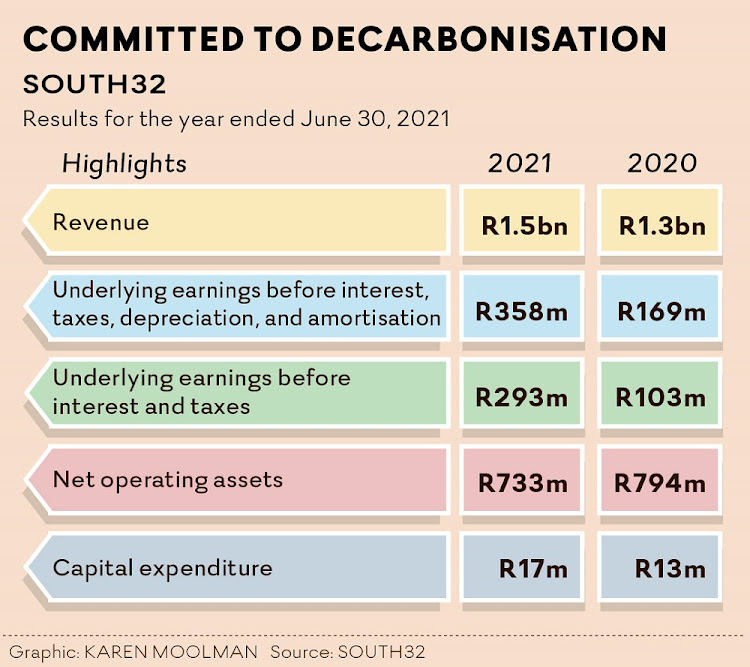 The group has also worked on economic modelling and the technical assumptions of what is required to deliver continuous power to the smelter using renewables, and “certainly we believe the economic and the technical challenges can be met over the next decade”, said South32 COO Mike Fraser.

“The key issue for us is to work with Eskom, with the regulators, to manage this transition in an orderly way. But we certainly believe over the next decade, there will be an opportunity to significantly decarbonise particularly through inputs into Hillsides ... if we can achieve that, then there is a future for Hillside beyond [10 years].”

Affording Hillside the time to transition to renewables is a 10-year power agreement with Eskom.

Eskom supply to the smelter has been controversial as the price of supply was linked to the aluminium price and often times was loss-making for the embattled power utility.

A new rand-linked power deal has since been brokered which is similar in nature to the supply contract with Mozal.

Although South32 says Hillside, which underwent a restructuring in 2019, is expected to remain profitable under the new Eskom agreement, power costs will be higher.

Fraser said the new contract is fundamentally different but is more expensive — in the region of $100 more per tonne of aluminium. “But based on our long-term view, we still believe that Hillside remains within the top half of the cost curve for primary aluminium production [and] through the cycle will be profitable under these contracts.”

What does hurt the business is real escalation that exists under the supply agreement over time, “and that's why we're doing some of the work that we are doing around looking at renewables”, he said.

In Mozambique, the Mozal smelter is predominantly supplied by the hydropower from the Cahora Bassa Dam. “That’s attractive if we can keep access to that hydro source in the long term and also manage some of the outages where on occasion we have to flip back onto reliance on Eskom,” said South32 CEO Graham Kerr.

“That positions us well to slide into Europe and actually be a green source.”

The previous agreement was linked to metal prices, but the new deal is rand-based and linked to producer inflation
Companies
10 months ago

NEWS ANALYSIS: Eskom’s Duvha dilemma: who will end up bearing the ‘hardship’?

Although a number of steps have taken longer than expected, the transaction is still on track to close at the end of March
Companies
1 year ago
Next Article