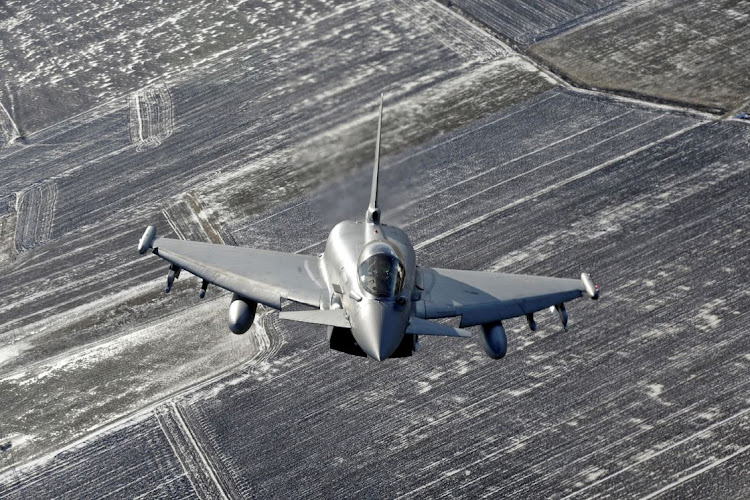 An Italian Air Force Eurofighter Typhoon fighter patrols over the Baltics. Both Ultra and Cobham have technologies used in the Eurofighter. Picture: REUTERS/INTS KALNINS

Defence firm Cobham said on Monday it had agreed to buy Ultra Electronics in a deal valuing its UK-listed rival at £2.57bn, setting out commitments aimed at allaying any potential concerns over national security.

Shareholders in Ultra, which counts the British and US governments as customers, will receive £35 a share, in line with a price offered in July, which Cobham said at the time had been sweetened from an initial £28 per share bid.

Cobham, which  has been owned by US investment  firm Advent since a £4bn deal in 2020, said it will safeguard and support the UK's national security and create new manufacturing and engineering jobs and apprenticeships. It will also protect existing jobs, maintain a UK headquarters and boost investment.

To protect Ultra’s businesses and stakeholders, Cobham said it will engage with the British government to agree details of its binding commitments,  including their duration and form.

“Cobham recognises the specific importance of Ultra's contribution to the UK's economy and national security,” Cobham and Ultra said in a joint statement.

Dorset-based Cobham, which is known for its pioneering air-to-air refuelling technology, also said it will ensure the continuity of supply and critical capabilities in the UK, an appropriate board composition and national security clearance arrangements.

The British government, which said it was closely monitoring the Cobham bid in July, did not immediately respond to a request for comment on Monday.

Ultra's larger rival, British aerospace and defence group Meggitt, is also the subject of takeover interest and has received bids from American companies Parker-Hannifin and TransDigm.

Parker's bid also included a series of pledges to the British government on jobs and security.

With its business stabilising, Boeing has halted job cuts well short of earlier plans to eliminate nearly 20% of its staff, CEO Dave Calhoun
Companies
1 year ago
Next Article