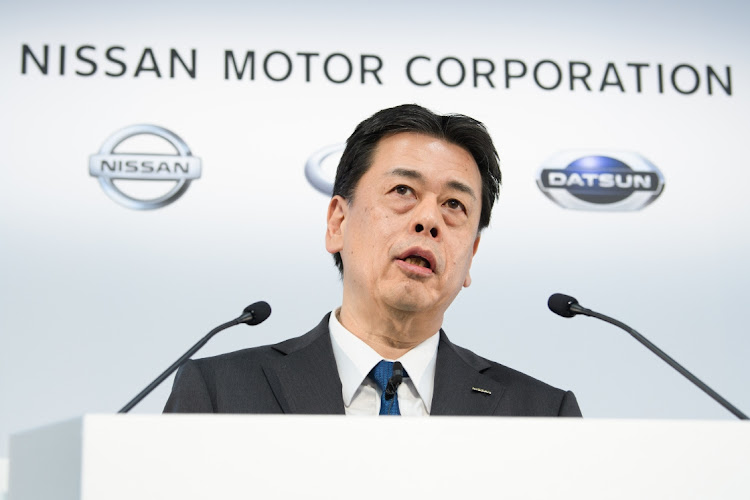 Tokyo  — Japanese carmaker Nissan Motor on Wednesday raised its earnings outlook for the year, helped by a weaker yen and favourable demand in the US and China, after reporting a surprise first-quarter operating profit.

The company also warned that a global shortage of semiconductor chips will significantly hurt sales volume in the July-September quarter, but added that demand for its newly launched, pricier models will mitigate the impact on profits.

Nissan hopes to make up for production and sales losses during the latter half of the fiscal year ending March 2022 and expects semiconductor shortages to ease during that period, COO Ashwani Gupta told reporters.

“Nobody has got a crystal ball. Nobody. But there are some assumptions,” he said, referring to an expected easing of the crisis, partly because a fire-hit Renesas Electronics chip plant in Japan is functioning again.

Nissan, Japan’s third-largest carmaker, maintained its global sales target of 4.4-million vehicles that it had set for the year in May.

CEO Makoto Uchida said Nissan will have to live with business uncertainties, including higher raw materials costs, for the remainder of the year.

CNBC reported on Wednesday Uchida said the chip shortage situation will improve but he warned there are “many complexities” surrounding semiconductor suppliers as a result of the coronavirus pandemic.

The motor industry has been grappling with a months-long shortage of semiconductor chips, which has forced them to cut production and delay car deliveries.

Some companies such as Stellantis, owner of brands including Peugeot and Jeep, have said they expect the shortage to easily drag into next year.

Some, though, such as Taiwan chipmaker TSMC and Volkswagen said they are seeing some signs that the crunch is easing.

Despite that, Nissan had a good start to the year, Gupta said, attributing the surprise first-quarter profit partly to the company efficiently managing supply chains and strategically using its chip stockpile, minimising the impact of the shortage.

Nissan reported an operating profit of ¥75.68bn ($688.6m) for the first quarter to end-June. Analysts had expected a loss of ¥42.72bn, according to Refinitive SmartEstimates.

For the year ending March 2022, Nissan now expects an operating profit of ¥150bn. In May, the company had forecast that it would break even in the period.

CEO Elon Musk says he will no longer participate in all of the company’s quarterly earnings calls, surprising analysts
Companies
1 month ago

EU proposes effective ban on petrol and diesel cars from 2035 in sweeping ...

EU proposes effective ban on petrol and diesel cars from 2035 in sweeping ...