Steelmaker is running at full operation and production is in line with domestic consumption, CEO Kobus Verster says 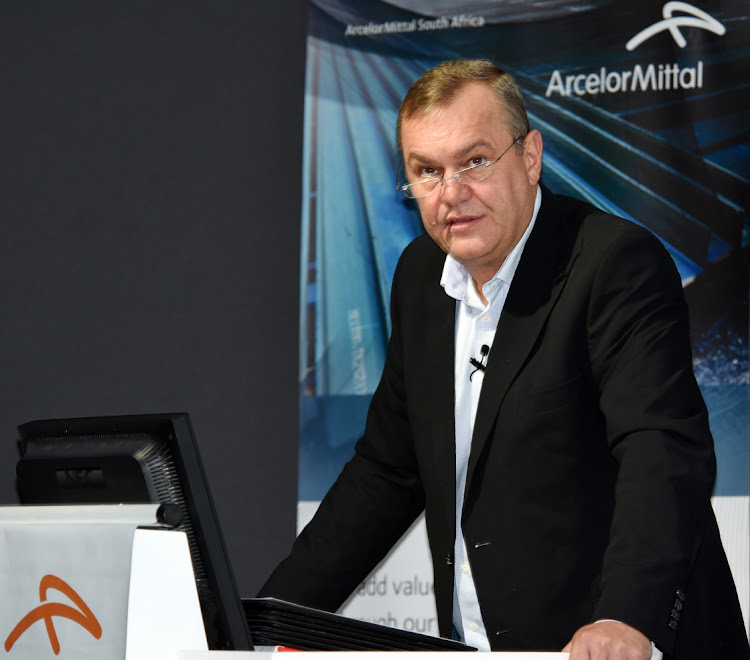 After a raft of challenges in restarting operations, all ArcelorMittal SA’s (Amsa’s) operations are back up and running, allowing SA’s primary steelmaker to meet national demand for steel for the first time in months.

“We are currently running at full operation and our current supply, on a daily or monthly basis, production-wise is in line with domestic consumption,” Amsa CEO Kobus Verster said at a media conference on Monday.

Amsa’s assurances come after months of inadequate supply to the downstream steel industry. The frustration for the troubled industry has been further compounded by duties on steel products and the recent extension of a safeguard duty, which adds 8% to the price of certain steel products on top of a 10% import duty.

With the exception of its Saldanha Steel operation, which remains on care maintenance since it was shuttered in early 2020, Amsa has now started all of its operations to produce both flat and long products.

The company experienced a series of challenges in restarting operations after a sudden shutdown when the initial Covid-19 lockdown was implemented in April 2020. Verster said there was inherent complexity to restarting blast furnace operations and the sudden shutdown damaged some of its assets, which then needed to be repaired. The supply chain of raw materials used in steelmaking also took time to get back on track, Verster said.

He said 2020 was an “exceptionally difficult year” for Amsa, but the period also proved transformative as the company undertook a restructuring to ensure its sustainability. “We came out of that a substantially different company than a year or two years ago.”

While Amsa’s production is now meeting national demand, the steelmaker is still working to clear backlogs, something which Verster said was being experienced all over the world.

The company has backlogs of about six weeks. “A normal backlog is around two weeks, so an additional four weeks is not uncommon,” Verster said.

He said there were other factors to consider. “Although we have backlogs with some customers, we also have maybe 8,000 tonnes of material on the floor which we are unable to supply to the customers due to either credit limits or working capital financing issues. So theoretically, there’s actually not a backlog.”

While Verster said much of the downstream had come to appreciate the need for a primary steelmaker, a number of industry players continue to take issue with the high import duties. 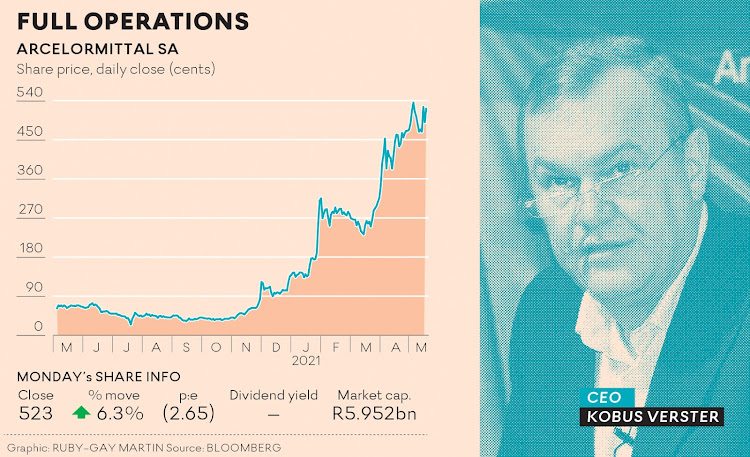 Macsteel, SA’s leading steel merchant, is tackling the safeguard duties head-on after they expired in August 2020 but were then extended by the International Trade and Administration Commission of SA.

Macsteel argues that the duties are driving up domestic prices, killing the already ailing downstream industry.

The matter is set to be heard in court this month.

“We are not in the favourable position like other countries in the world, like China or the Eastern Bloc countries. We do not have subsidised electricity, we do not have competitive rail ... and to equalise that is to put in place duties or safeguards,” he said, noting that many other countries have taken the same approach.

“You can import, you can pay the safeguard, and companies are doing that and can make a substantial margin in the downstream environment. So it’s not the question of the 8%,” Verster said.

He said imports experienced their own backlogs and were taking several months to arrive in SA due to global supply chain bottlenecks.

Public holidays in Asia and US economic data have weighed on activity, with local focus on plans to combat Covid-19
Markets
1 year ago

A small chance to save a national asset, SA’s steel industry

Due to a disconnect between visions of investment and the reality, the sector teeters on the brink of catastrophe
Opinion
1 year ago

More jobs on the line at ArcelorMittal SA