Illovo Sugar scores largest investment in its history in Tanzania 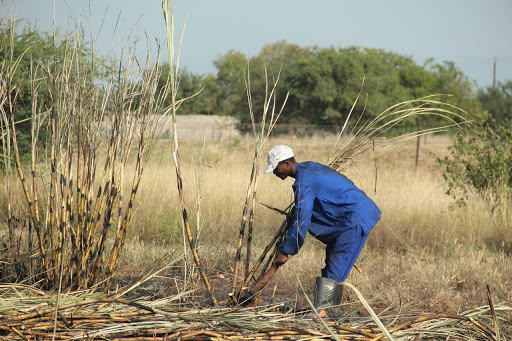 Africa’s largest sugar producer, Illovo Sugar Africa, will spend R3.4bn over the next three-and-a-half years to expand production in Tanzania, the largest investment to date in the country’s sugar industry.

The investment will make Illovo’s Tanzanian business less reliant on imports and will help local farmers produce for the company.

“This is the largest investment for Illovo to date. We are very excited about investing deeper into Tanzania, a country which SA has long-standing political ties with. This is an incredibly exciting investment for the country and African continent,” Illovo’s group MD, Gavin Dalgleish said

He said that, in alignment with the country’s policy to achieve self-sufficiency by 2025, this new development would increase Kilombero’s sugar production by 144,000 tonnes from current levels of around 127,000 tonnes of sugar per annum to 271,000 tonnes.

The expansion project has been under discussion and planning for a number of years and in addition to more than doubling current sugar production in order to meet increasing customer demand of Kilombero’s Bwana Sukari product range, it will also involve the construction of additional sugar storage and packaging facilities in order to reduce costs and increase the company’s branded pre-packaged capability.

There will be the cogeneration of electricity for the Kilombero manufacturing complex and for export to the national Tanzanian grid and a 4,000 kilolitre increase in the production of ethanol at the adjacent ethanol distillery, bringing total annual production up to 16,000 kilolitres in order to meet growing local and East African export demand for potable alcohol.

There will be an almost three-fold increase in cane supply from Kilombero’s small-scale growers, from 600,000 tonnes currently to 1.7-million tonnes.

“Importantly, the proposed new sugar factory has been sized so that all of the available cane will be crushed by end of December each year, in order to minimise disruptions and losses often caused by the onset of the rainy season,” Dalgleish said.

Currently 50% of Ilovo's cane in Tanzania is grown by local farmers. Following this expansion, that number will increase substantially as the company tries to get to 100% from local production, according to Dalgleish.

He said Illovo Sugar was still committed to SA where its headquarters are, despite challenges to doing business there.

“I don’t think that a decision to invest in one of our businesses, such as Kilombero, is a decision not to invest elsewhere. As an African Sugar Company headquartered in SA, we have an ever-ready range of investment opportunities across our six-country portfolio with the optionality to support two or three investments at the same time,” he said.

“We continue to invest heavily in the SA business, both in our factories and downstream production plants, and in our cane supply areas,” he said.

Illovo recently spearheaded a project with SA’s Treasury to develop large areas of rural land to cane on the South Coast of KwaZulu-Natal, creating sustainable economic activity that results in steady revenues flowing back into the pockets of many local growers and contractors, according to Dagleish.

SA’s sugar tax had made doing business in the country more difficult.

“Together with a number of other issues facing the industry currently, the levy on sugar sweetened beverages has impacted all sugar producers in the country, including Illovo, together with many thousands of small and large-scale growers who currently are finding it extremely hard to stay in business.

“Importantly, however, with the recent adoption of the sugar industry master plan by all stakeholders, including the government, there is a renewed effort to restore the long-term sustainability of the industry, although it will take time,” Dalgleish said.

Barloworld is showing strategic focus, with the balance sheet to back it up
Companies
1 month ago
Next Article