Renault missed out on the shift to SUVs, clinging instead to sedans and hatchbacks, which offer far thinner profit margins and face stiff competition in Europe 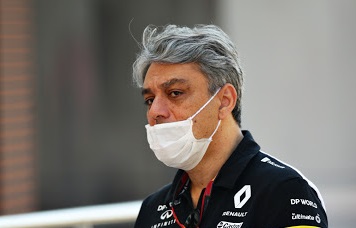 After one of its toughest years in history, the global vehicle industry is roaring back as lockdown-weary and public-transport-leery consumers swarm showrooms. The biggest carmakers have reported double-digit jumps in first-quarter revenue, even as they battle a semiconductor shortage that’s forced production cutbacks. And booming sales mean they can move the metal without discounts, spurring several to raise their profit forecasts for the year.

The outlier in all this is France’s Renault SA, which saw revenue fall 1% in the quarter after losing almost $10bn in 2020.

The 123-year-old carmaker is suffering from high costs, limited geographic reach, and continuing fallout from the 2018 arrest in Japan of Carlos Ghosn, the former boss who’s now a fugitive living in Lebanon. Renault missed out on the shift to SUVs, clinging instead to sedans and hatchbacks, which offer far thinner profit margins and face intense competition in the crowded European market.

And the pandemic laid bare weaknesses stemming from its underutilised factories, labour strife and meddling by its most powerful shareholder, the French government. “Management has identified the problems,” says Charles Coldicott, an analyst at stock research house Redburn. “But it will be very challenging for Renault to properly turn around.”

Rivals such as BMW, Volkswagen, and General Motors (GM) have seen unit sales surge in the two biggest markets — China and the US — where Renault has virtually no presence. Instead, the French company is largely dependent on Europe, where consumers have kept their spending in check as they slowly emerge from the lockdowns of the past year.

Many of Renault’s difficulties can be traced to its alliance with Japan’s Nissan and Mitsubishi. Ghosn had sought to make the group the world’s biggest vehicle producer, predicting Renault alone would sell five-million vehicles in 2022. Output peaked at 3.6-million in 2019, then fell below three-million in 2020. Renault has since abandoned all volume targets in a bid to improve profitability and generate much-needed cash.

Luca de Meo, the Italy-born CEO Renault poached from Volkswagen a year ago, is overseeing a plan to rein in costs by €3bn over four years. The proposal includes eliminating 14,600 jobs — 9% of the global workforce — with an aim of reducing manufacturing capacity by about 20%. Of greater concern is De Meo’s target of getting the cost of research and development and capital investment under 8% of revenue by 2025, from about 10% today. As peers pour billions of dollars into new technologies, Renault risks falling behind in electric vehicles and autonomous driving, says Joel Levington, head of credit research at Bloomberg Intelligence. “The strategy could leave Renault vulnerable,” he says.

De Meo insists the carmaker is on the right track. Its compact Zoe was Europe’s best-selling electric vehicle in 2020, outpacing offerings from VW and Tesla — though first-quarter sales were disappointing, and rivals are charging ahead. The CEO has streamlined the company’s tangle of business units into brand-based divisions that include Renault, budget Dacia-Lada, and Alpine, which he envisions as an all-electric nameplate positioned somewhere between Ferrari and Tesla.

De Meo aims to build a manufacturing hub in northern France that will produce a full range of electric vehicles as well as batteries and components, and by 2025, he expects Renault’s 10 electric models to be more profitable than traditional cars. “We can make Renault one of the best turnaround surprises of your investment portfolios,” De Meo told shareholders in 2020. “I’m just asking for a little time to prove this.”

In the wake of Ghosn’s arrest for alleged financial misconduct, the alliance with the Japanese companies has looked more like a squabbling family, which has hurt employee morale and slowed integration. Renault chair Jean-Dominique Senard, who’s also vice-chair of Nissan, calls the alliance irreversible, but it’s been riven by conflict rooted in an imbalance of power. The French carmaker owns 43% of Nissan; in contrast, the Japanese company holds just 15% of Renault, and its shares have no voting rights, leaving the French in the driver’s seat and fuelling resentment in Tokyo.

While Renault had long looked to the more-profitable Nissan to shore up its results, the Japanese partner lost almost $1.4bn in 2020, which accounted for most of Renault’s record 2020 deficit and cost the company €73m in the first quarter. But in March, Nissan’s vehicle sales jumped 51%, and the company is forecasting it will break even this fiscal year, thanks in large part to its presence in China and the US. A quick turnaround for Nissan would again highlight questions about the shareholding structure and exacerbate tensions in the partnership.

Despite Senard’s pledge to maintain the alliance, he spearheaded a clumsy and failed attempt in 2019 to combine Renault with Fiat Chrysler, appearing to confirm the broadly held suspicion that a full merger with Nissan is unlikely. Instead, Renault’s crosstown rival PSA — the maker of Peugeot and Citroën — ended up joining with Fiat to create the company now known as Stellantis.

That partnership reduces PSA’s reliance on Europe and gives it access to shared technologies and profits from Chrysler’s booming US sales. “PSA was in catastrophic condition, and it managed to turn itself around,” says Bruno Aziere, a representative of the CFE-CGC labour union. “The same could be done at Renault.”

Bloomberg Businessweek. For more articles like this, please visit  bloomberg.com