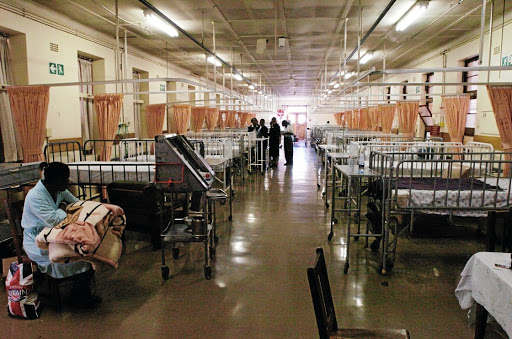 The construction industry, ravaged by lack of work in recent years, will take up to two years to find its feet again, says Enza Construction Group’s executive director Clinton Crowie.

In recent years former construction giants such as Basil Read and Group Five collapsed, citing a lack of state infrastructure work after the 2010 World Cup. These companies also ran off high cost bases as they did work in faraway places, with Group Five investing in road concessions work in Hungary and Basil Read’s airport project in St Helena.

As a wholly owned subsidiary of Crowie Holdings, Enza Construction was established in 2000 by brothers CEO Rowan Crowie and Clinton Crowie. The company built Council Chambers for the City of Johannesburg, Botshabelo Shopping Mall in the Free State, as well as the construction of a new railway station building within the Soccer City Nasrec Precinct.

“There is a lot of work coming from the state now. I think over the next 18-24 months companies will tender for and tackle these contracts. We need to get through these two years, amid the pandemic while government works out funding for its rollout,” Clinton Crowie said.

“I think there have been negative perceptions around the delivery of state projects which has often been unfair. Many delays in infrastructure projects have come about because of the pandemic. We had the hard lockdowns and people have also been working remotely. However, our relationship with government has been good,” said Rowan Crowie.

“It has taken time but we are finally seeing a turnaround in the availability of infrastructure work. We have seen a marked improvement in roads and civil work,” Neff said after the release of financial results for the six months to end-December.

“There is also a lot of tender activity in the mining sector as well as for renewable projects,” he said.

Rowan and Clinton Crowie spoke to Business Day during a tour of the new Bara500 Intensive Care Unit (ICU) facility, built as a separate support area for the Chris Hani Baragwanath Hospital during the Covid-19 pandemic.

The facility, which includes 500 beds, took six months to build, at a cost of R550m.

“This is the biggest game in town. The government has shown definite intent to develop infrastructure. It is something which the president has spoken about at length,” Rowan Crowie said.

Between 75% and 80% of Enza’s work involves public infrastructure projects such as schools, hospitals and social housing.

With the surge in hospital admissions brought about by the pandemic in 2020, the Gauteng health department and the Gauteng department of infrastructure development embarked on a project to increase its ICU capacity through a national refurbishment and additional build programme.

Enza was commissioned to complete the design and construction of the new Bara500 facility and started work on the project in July 2020. Using light steel frame construction to fast-track the project, Enza finished the project within eight months.

“Our approach to building is a collaborative one and we had a strong team on the Bara 500 project. The required design services were provided by Mace Project Solutions, MMQS Mace Consultancy, Ruben Reddy Architects, CKR Engineers and Gibb,” said Rowan Crowie.

The Bara500 facility has not held patients yet but was built in time for a third wave of the pandemic. SA has been at lockdown level 1 since the beginning of March.

WBHO concerned about how SOEs will pay for infrastructure projects

WATCH: How the SA construction is on the road to recovery

WATCH: How the SA construction is on the road to recovery