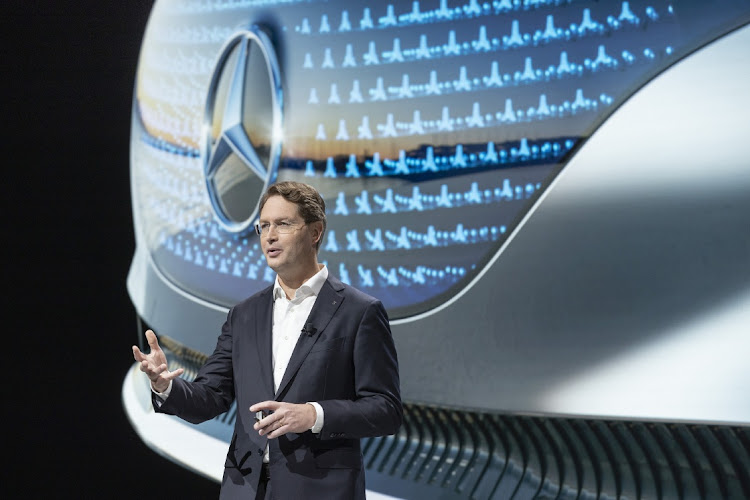 Daimler will split up into the world’s largest makers of luxury cars and commercial vehicles, renaming itself Mercedes-Benz and listing its truck unit separately by year-end.

The plan to distribute a majority of Daimler Truck to shareholders is the German manufacturer’s most significant shake-up since the sale of Chrysler almost 14 years ago. Bloomberg News reported earlier that Daimler was considering the listing.

The spin-off appeased investors who have advocated the move for years, citing a stubbornly low valuation for the group company. While Daimler recently tweaked its corporate structure to give more independence to its main divisions, the change did little to boost sentiment.

The Mercedes-Benz cars and Daimler truck divisions “are different businesses with specific customer groups, technology paths and capital needs”, CEO  Ola Kallenius said in a statement. “We believe they will be able to operate most effectively as independent entities, equipped with strong net liquidity and free from the constraints of a conglomerate structure.”

Daimler’s truck unit could be worth about €29bn if valued at multiples similar to Volvo, though it would need  to substantially improve returns to justify that valuation, Deutsche Bank analysts said in January. Sanford C Bernstein’s estimate is even higher, at €35bn.

“The outcome is extremely positive for all shareholders and we’re convinced that this is also in the best interest of all employees at Daimler,” Bernstein’s analyst Arndt Ellinghorst said in an e-mail. “It’s also a strong positive statement for the German corporate landscape and financial market.”

Kallenius is making his mark on Daimler since becoming CEO in May 2019. The company’s earnings and stock price started to languish late in the 13-year rein of his predecessor, Dieter Zetsche, forcing the new leader to issue several profit warnings early in his tenure.

The Swede plans to revive returns by focusing more on bigger cars such as the flagship S-class sedan and cutting thousands of jobs. He has forged a deeper partnership with Aston Martin Lagonda Global and teamed up with technology firms to boost the company’s software operations. By the end of the decade, more than half of Mercedes’s global sales will be electrified.

The terms of the truck deal are better than hoped for, Philippe Houchois, a Jefferies analyst who rates Daimler a buy, said in a note. A spin-off is more attractive than an initial public offering, as shareholders won’t be asked to purchase stock in a business they already own.

The move also looks fortuitously timed because of a strong truck market. Volvo issued a bullish outlook earlier Wednesday within its report of better-than-expected quarterly earnings, saying transport and construction activity had fully recovered in most markets and improved customer confidence. It raised its forecast for heavy-duty vehicle sales in Europe and North America this year by a combined 90,000 units.

Volvo’s results raise the bar for Daimler Truck, which has long trailed its Swedish rival in terms of profitability. Volvo’s operating margin of almost 13% is “the highest the company has ever reached in recent memory”, RBC analyst Tom Narayan said in a note. Daimler Truck’s third-quarter margin was just 5.9%.

Daimler officials previously balked at selling individual divisions in the past but had kept the door open to a partial listing of the truck unit. German rival Volkswagen pushed through an IPO of its truck operation Traton in 2019, and the business now has a market value of almost €12bn. Traton agreed in 2020 to acquire Navistar International to challenge Daimler and Volvo in North America, the industry’s biggest source of profits.

The truck division contributed €40.2bn  of revenue in 2019, according to Daimler’s annual report. It sold 488,521 vehicles worldwide and generated €2.46bn in earnings before interest and taxes that year. While the North American Freightliner brand posts robust profits, the European operations have gone through multiple rounds of restructuring.

New cars, SUVs and pickups will all move away from petrol and diesel engines
Life
4 months ago

Its fourth-quarter profit was up 57%, with the carmaker soon expected to introduce an EV-only platform
Companies
4 months ago

Robust demand in China, VW’s largest market, helped it rebound as it pushes aggressively into electric cars to challenge Tesla
Companies
5 months ago

Carmaker boss seldom in the spotlight takes over a $51bn empire