Group profit for the year to end-February rose by more than a half, partially due to strong iron ore prices 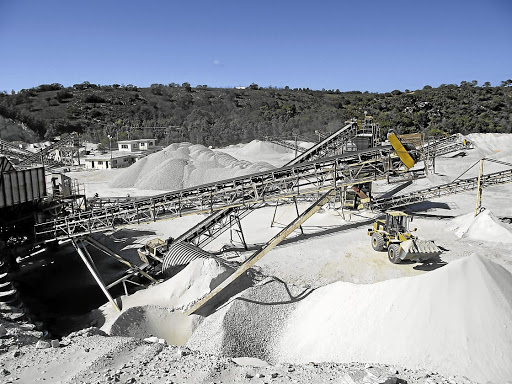 Building materials and industrial minerals group Afrimat is optimistic about its profit margins as governments move to stimulate pandemic-hit economies through infrastructure spending.

Higher iron-ore prices helped propel a rise group profits by half in its year to end-February, and the group says a ramp-up in infrastructure spending in SA could benefit its quarrying business, where it is already seeing an improvement in demand.

“Infrastructure spending has always been a very efficient means of stimulating an economy,” CEO Andries van Heerden said on Thursday, adding that President Cyril Ramaphosa had recently made remarks to this effect.

“We are also quite bullish about the iron ore price outlook,” said Van Heerden, citing supply constraints in South America, and signs of demand in Asia.

Supply of Brazilian iron ore is currently in question, amid heavy rains and transport difficulties related to Covid-19.

Afrimat benefited from rising iron ore prices in 2019, and its Demaneng mine — previously known as Diro Iron Ore and acquired in 2016 for R400m — produces high-grade ore.

Production at Diro had increased 34% during its year to end-February, but now was expected to be stable in the year ahead, as the mine had been ramping up to full production, said Van Heerden.

Operating profit of its bulk commodities segment increased 59.8% to R321.7m, while the group also saw strong growth in its industrial minerals business, which includes the production of agricultural lime, which is used to reduce soil acidity.

That business saw operating profit growth of 22.5% to R95.6m, partially due to increased volumes and efficiency improvements, related to better utilisation of available equipment.

Afrimat has postponed a decision on its dividend payment, to hold on to cash, having declared a final dividend of 62c per share in the prior comparative period. It has about 143-million shares in issue.

Afrimat was likely to feel the effects of two months of no activity due to the lockdown in its second half, which probably cost it about R70m per month, said Small Talk Daily's Anthony Clark.

However, Afrimat is debt free, cash is rolling in from iron ore and the restarting of the Chinese economy bodes well, Clark said.

The domestic construction market may eb slow to restart but industrial minerals should perform.

and with the Chinese economy re-starting the improved iron ore price bodes well for Afrimat.

The domestic construction market may eb slow to restart but industrial minerals should perform.

Update: May 21 2020
This article has been updated with information throughout and industry comment

Investment in fixed assets hits its lowest level since 2013, according to the Afrimat index
Companies
1 year ago

The index, compiled by economist Roelof Botha, has finally seen a reversal of a four-quarter trend of decline
Companies
1 year ago