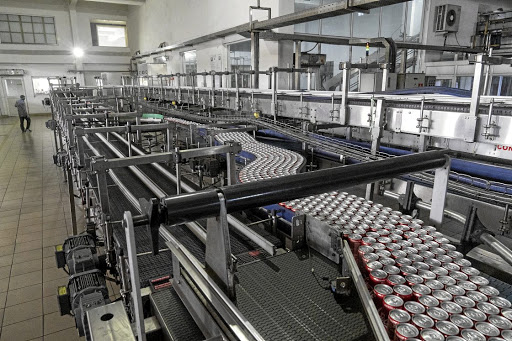 Africa’s largest diversified packaging manufacturer Nampak said on Wednesday that it had seen an expansion in canned beverage sales for the 11 months to end-August, despite new competition in the market.

Trading conditions in SA continue to be tough, the group said in a voluntary trading update. The company did not provide an earnings estimate, and said it was also facing accelerating inflation in Zimbabwe and challenging economic conditions in Angola.

Average GDP growth in SA is expected to be less than 1% in 2019, reflecting ongoing difficult trading conditions for the majority of retailers and consumer goods companies, Nampak said.

“Despite these conditions, the beverage can market continued to grow in excess of GDP growth, abating the impact of new entrants on Bevcan’s market share,” the company said.

“Bevcan SA volumes were stronger than expected at the start of peak season due to good market growth and higher allocations than expected from customers.”

While revenue is expected to be down for the year, Bevcan trading profit is expected to be only marginally down due to improved operational efficiencies, higher line speeds, stringent cost control and a keen focus on customer service to mitigate competitive pressures, the company said.

On Wednesday, the company said that its metals results in SA were likely to show contraction, with food can volumes down due to the loss of a major customer. This had been partially offset by volume growth in meat, milk and fish can volumes.

Mondi, Nampak and Illovo to experience gas shortage by 2023

No dividend for Nampak — again

No dividend for Nampak — again