Afrimat vows to clear its name at Competition Tribunal 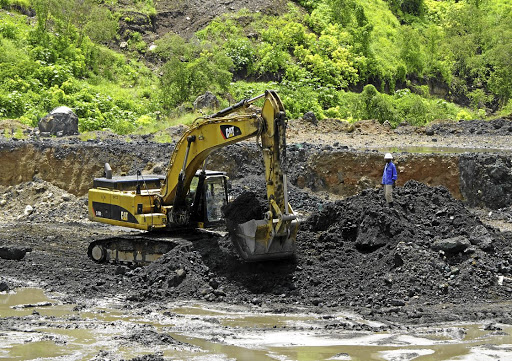 Listed building materials supplier Afrimat is frustrated at the delay in the Competition Tribunal’s hearing of a complaint against it for alleged abuse of dominance, CEO Andries van Heerden said on Thursday.

In 2017 the Competition Commission referred the complaint to the tribunal.  The commission alleged that, through wholly owned subsidiary Clinker Supplies, Afrimat  abused dominance by charging excessive prices.

Afrimat, an open-pit mining company which supplies industrial minerals and construction materials, said it was still awaiting a trial date from the Competition Tribunal to defend the allegations dating back to March 2017.

The company has taken legal advice on the matter and would defend itself “vigorously” at the tribunal, it said in a statement.

The commission has ordered an administrative penalty of R16.3m, which is 10% of Afrimat's turnover in 2016.

“It is frustrating. We have a strong case. As the matter drags on, our legal costs are escalating. Once the matter is settled, we are unlikely to recover the legal costs. But we will look at our options when that time comes,” Van Heerden said.

The commission has alleged that, following its acquisition of Clinker in 2002, Afrimat significantly increased the prices of clinker ash aggregate. Clinker ash aggregate is used as a main ingredient to produce clinker bricks, which are generally used for low-cost housing.

The commission said Afrimat had abused its dominant position from 2012 until at least 2016 by charging clinker bricks makers excessive prices, to the detriment of consumers.

Speaking after the release of the financial results for the six months to August , Van Heerden said the company was on the lookout for opportunities to expand its product range and was specifically eyeing manganese, iron ore, coal and chrome assets. “But we are not in a rush. We have a lot of good assets in our portfolio. We will make the acquisitions when the right opportunity comes,” he said.

This follows the success of the company’s foray into iron ore after the acquisition of the Demaneng iron ore mine in the Northern Cape in 2017. The acquisition paid off as it shielded the company from the full effect of the weak local economy which hit its construction materials and aggregates businesses.

Sold in US dollars, the iron ore from the mine provides a rand hedge for Afrimat.

The group said its bulk commodities business, which consists of the Demaneng mine, contributed positively to the interim results, offsetting the poor performance of the construction materials business.

The group declared an interim dividend of 19c , slightly down from the 20c it declared in the 2017 interim period.

Afrimat is still in a very good space, is highly cash generative and has a strong balance sheet
Opinion
3 years ago

Afrimat: A knight in shining iron

Share price falls as Afrimat warns of plunge in earnings