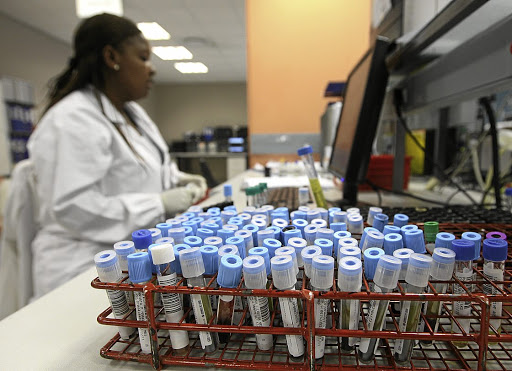 Frankfurt — Roche has warned that Russia’s attack on Ukraine is disrupting the development of a new generation of multiple sclerosis (MS) drugs as the industry has come to disproportionately rely on Eastern Europe for clinical trials.

The pharmaceutical industry has been scrambling to find ways to keep patients in Ukraine enrolled in various clinical trials as millions have fled the war and sought shelter in neighbouring countries.

“Both Ukraine and Russia historically have been very important contributors to clinical trials for patients with neurological disorders such as multiple sclerosis,” the head of Roche’s pharmaceutical division, Bill Anderson, told reporters on a call after the release of first-quarter sales.

About 20% to 30% of patients in the global fenebrutinib MS trial programme have been from Ukraine and Russia, far above the countries’ revenue potential, the Swiss company said.

It said it was opening sites in additional countries, “recruiting for additional sites in countries where we do have clinical trials and recruiting patients into existing sites faster”.

While trials in Ukraine have been disrupted by the war, no more new trial participants will be recruited in Russia as part of Roche’s response to Moscow’s invasion, which was similar to that of other drugmakers. Russia describes its actions in Ukraine as a “special military operation”.

Eastern Europe is an attractive trial location because investigators running medical centres are well trained and patients have a strong incentive to volunteer as participants because they often stand to receive better care than what the health system offers.

Others in the industry have also cited low study costs.

“I think this is generally true for other companies that are investigating medicines in MS,” said Anderson, who added that the timing of expected MS trial results at least for this year would not be delayed.

Apart from ongoing trials of launched MS drug Ocrevus, Roche is testing on volunteers the experimental drug fenebrutinib, part of a class known as BTK inhibitors, which has attracted several rival developers.

Multiple Sclerosis has seen dynamic development efforts over the past decade, resulting in a wide range of new pills and shots, but the industry is looking at a more targeted approach in the form of BTK inhibitors, designed to halt the immune cells that damage connective fibres between nerve cells in MS patients.

Other contenders in the race include Merck, Sanofi and Novartis.

US defence secretary and secretary of state visited Ukraine’s capital, hailing its success so far against Russia’s invasion as US pledges $713m more ...
World
2 months ago
Next Article