Khoza will replace Adrian Gore, who will remain a director at the bank 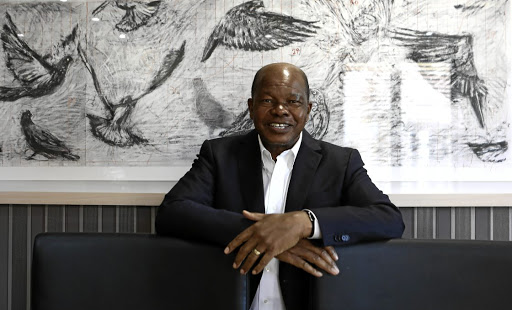 Reuel Khoza, the former chair of Nedbank Group, has been appointed, with immediate effect, chair of Discovery Bank, a relatively new entrant in the banking space that has long been dominated by SA's top four banks.

TymeBank, another challenger, announced on Wednesday that it had reached 3-million customers since it was founded two years ago. The digital bank has no monthly banking fees and, in most cases, transaction costs are 30% to 50% lower than customers would pay at other banks, it has said.

Bank Zero, led by businessperson and former FNB CEO Michael Jordaan, is set to come on stream soon, shaking the market that is still dominated by Nedbank, Absa and Standard Bank and FirstRand’s FNB.

Discovery Ltd, the parent company of Discovery Bank, said on Thursday that Khoza would replace Adrian Gore, who will remain a director at the bank.

Khoza is currently interim chair of the Public Investment Corporation (PIC), which administers about R1.9-trillion worth of assets on behalf of the Government Employees Pension Fund.

After scuttling plans for a credit facility when Covid-19 struck, the bank has now opted to create an interest-free advance facility that would be ...
Business
6 months ago

Capital Appreciation gets boost from Covid-19 demand for digital services

The fintech group increased its interim dividend, but warned that the fallout from the pandemic may affect clients’ spending
Companies
4 months ago

Michael Jordaan’s Bank Zero has taken almost a year to complete its ‘last mile’, but it has promised a December debut
Money & Investing
5 months ago
Next Article