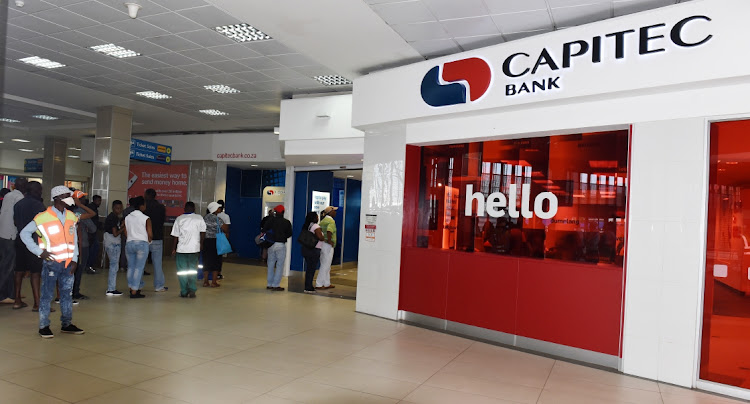 People ready to travel to their home Provinces of SA at Park Station and Rosebank in Johannesburg. Picture: FREDDY MAVUNDA

Capitec, which recently overtook Standard Bank as the JSE’s second-biggest lender by market value, said it expects annual profit to leap as it recovers from the Covid fallout, and it is also considering a R1bn BEE deal for staff.

Headline earnings per share (Heps) for the 12 months to end-February 2022 are forecast to rise by at least 75% from R39.66 a year earlier, the lender said in an update on Wednesday.

Capitec didn’t provide further details, but said its trading statement is based on the results of the first three quarters of the current financial year. SA is experiencing a fourth wave of the Covid pandemic and the economic environment is challenging, the bank said. The group generated R4.58bn of headline earnings in its 2021 year, when Heps declined 27%.

Capitec is also is considering planning to offer ordinary shares worth R1bn to employees to bolster its empowerment credentials.

The group may allow employees who have been permanently employed at the bank for longer than three years to buy the shares at a discount.

Capitec will finance the difference between the issue price and the discount for subscription, while a five-year trading restriction will be imposed. Details will be announced in the next two months, it said.

The stock has gained 37% so far in 2021, while the banking index has risen by just under a quarter.

With a market value of just under R216bn, the no-frills institution is now second only to FNB in the sector
Companies
5 months ago

Asset manager remains overweight on SA banking sector and points to the three lenders’ need to accelerate their digitisation strategies to catch up ...
Companies
5 months ago

Rothschild, Bank of America and Moshe Capital appointed as advisers on a two-phase process that will allow for ‘orderly exit’
Companies
5 months ago
Next Article

WATCH: How Capitec grew its active client base

WATCH: How Capitec grew its active client base