Although coal-related lending makes up a small portion of the major banks’ loan portfolios, the financing is vital for keeping the lights on and tens of thousands of people employed 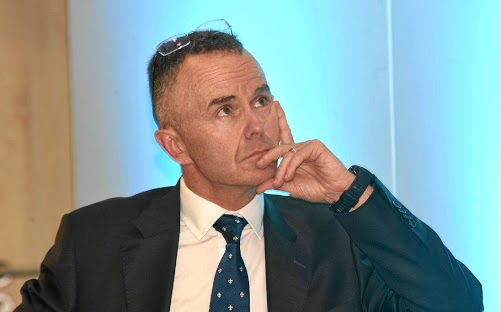 SA’s banks say they have to keep funding at least some coal projects for now because an immediate halt would put huge political and economic strain on a nation that relies on the most polluting of fossil fuels.

The top four banks have started to withdraw financing, with Nedbank and FirstRand setting deadlines of 2025 and 2026 respectively to end funding for new thermal coal mines. Both have stopped lending to new coal-fired power plants.

Although coal-related lending makes up a small portion of their loan portfolios, the financing is vital for keeping the lights on and tens of thousands of people employed in the country.

Eskom relies mainly on ailing coal-fired power stations to supply 90% of SA’s electricity. More than 90,000 people were employed in coal mines in 2020.

“The easiest thing would be to say ‘we’re out’,” he said, but he added that such a step would force the already heavily indebted government to step in to prop up the sector.

Ending funding for coal is in the spotlight ahead of a UN climate conference in Glasgow, Scotland in November.

The fuel is a major driver of climate-warming emissions, but also a relatively cheap form of power generation relied upon by many emerging economies.

SA banks say local conditions demand they still support the industry, but they face growing pressure from international investors in the push to cut emissions and fewer insurers are now ready to share the risks linked to coal assets.

SA was the 12th largest emitter of climate-warming gases globally in 2019, with Eskom accounting for more than 40%.

“We are dependent on Eskom, so we can’t stop funding Eskom, because we'll shut down our entire economy,” an executive at one of SA's top lenders said.

Eskom's largest coal suppler is miner Exxaro. As a result, the executive said: “Right now, from an economic perspective, we can't shut off Exxaro.”

Nedbank said efforts to address climate change had to consider the local context. Absa said coal finance would be reduced but it had to balance macroeconomic and social issues with climate needs.

Wendy Dobson, head of group corporate citizenship at Standard Bank, said the bank planned to set boundaries for its exposure to climate risk, which would lead to limits on the amount of lending for coal and other fossil fuels.

Taking too hard a line with governments reliant on fossil fuels could prove counterproductive, she added.

Banks were highly unlikely to extend new financing to coal projects and should be more explicit about this, said Emma Schuster, climate risk analyst at activist shareholder group JustShare.

The sleeper commodity of 2021 has been dirty old coal, and the shares that mine it — including Thungela and Exxaro. The FM spoke to Thungela CEO July ...
Money & Investing
7 months ago

But the energy minister’s attitude could be putting him at odds with Cyril Ramaphosa, who speaks of the need to cut emissions and win climate aid
National
7 months ago
Next Article