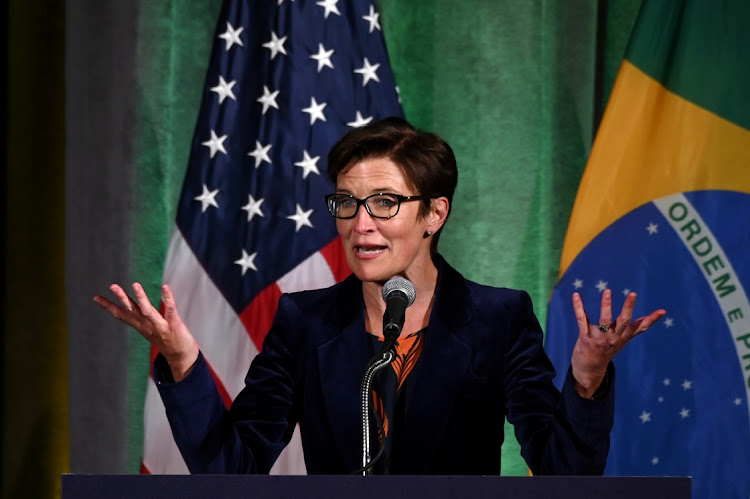 Citigroup on Thursday reported a 48% jump in third-quarter profit that comfortably beat market estimates, as the bank released loan loss reserves and reaped a windfall of fees from equity underwriting and investment banking advice.

The reserve release and a boost from mergers & acquisitions offset declines at its consumer bank as cash-flush customers paid down loans, resulting in lower interest income for the bank.

Customers have been using money saved when stuck at home during the pandemic to pay down balances to reduce interest payments or avoid late fees. This has hurt lending income of lenders with large consumer businesses.

However, there were some positive signs for the bank. Cards purchase sales rose 20% as consumer spending picked up during the quarter. Executives at other large US banks have also indicated that consumers have started to show signs of taking on more debt, while their cash balances are diminishing.

Citi’s shares were up nearly 1.5% following the results.

The bank took down $1.16bn of loss reserves built during the pandemic for potentially sour loans that have not materialised. A year earlier Citigroup had added $436m to its reserves.

JPMorgan Chase, Bank of America and Wells Fargo have also released funds set aside during the pandemic.

Investment banking revenue at Citigroup increased 39% to $1.9bn, helping offset a 16% decline in fixed-income revenue from a year earlier when there was unprecedented volatility in the markets.

Net interest revenue declined 1% from a year earlier, but was 2% more than in the second quarter, suggesting an end to the downward trend that started when the pandemic began and the Federal Reserve cut interest rates to near zero and many borrowers paid down their loan balances.

Revenue from Citi-branded cards in North America declined 1% and revenue from cards issued for retailers fell 6%.

The results included the impact of a loss on the previously announced sale of its Australia consumer banking business. Excluding the loss on the sale, revenue increased 3%, driven by the institutional business.

Operating expenses increased 5% to $11.5bn as the company ramped up spending on technology and personnel to improve its control systems to comply with demands made by regulators a year ago.

Investors have been particularly concerned about Citigroup's expenses as the bank has not said how much money and time it will take to meet requirements of regulators and fix its systems.

The bank is also spending more on its wealth management business and its transaction services to companies.

Fraser expects the increased spending to bolster what she has described as Citigroup's “transformation” into a more efficient and focused company that will earn returns closer to its peers.

Expenses for marketing credit cards have been rising at Citigroup and at competing card-issuers. JPMorgan said on Wednesday that it will likely spend more on card marketing to attract spending from customers as the pandemic eases.

Citigroup has produced lower returns on equity than competitors for more than a decade and the stock market values the company at less than shown on its balance sheet.

JPMorgan exceeds profit expectations, with third-quarter print 24% higher than in 2020
Companies
2 days ago

Fahy has more than 20 years of experience in the financial services industry, and was previously the CEO of BNP Paribas Sweden
Companies
4 days ago