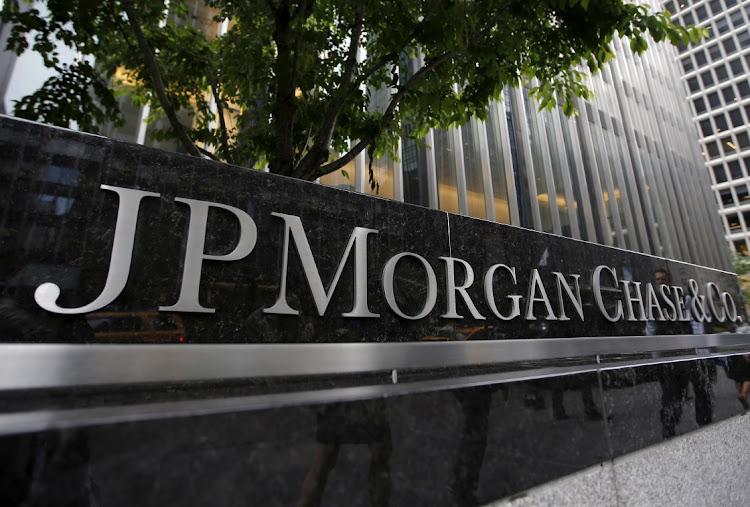 Brazilian authorities are investigating whether JPMorgan Chase played a role in an alleged bribery and money-laundering scheme that dated back to 2011 and involved state-run oil company Petrobras, according to documents reviewed by Reuters and two law-enforcement sources.

So far, police have focused their attention on purchases of roughly 300,000 barrels of Petrobras fuel oil by JPMorgan in 2011 according to the court documents and sources, who requested anonymity to discuss an  investigation.

The documents, which were seen by Reuters, include e-mail messages among alleged co-conspirators, witness testimony and bank records. The authorities are working to determine if the alleged bribery continued in subsequent years, the sources said.

The court documents viewed by Reuters include witness testimony from a former Petrobras fuel trader named Rodrigo Berkowitz. In his plea-bargain agreement with Brazilian authorities, he refers to two fuel cargoes that were sold to a JPMorgan unit.

The probe, which is in preliminary stages, is part of a larger investigation by Brazilian authorities who have been examining wrongdoing in the commodity trading industry for years. As one of the world’s largest banks, JPMorgan would represent the biggest target yet in the investigation.

The country’s federal police are working to determine if JPMorgan secured shipments of Petrobras fuel at artificially low prices by routing bribe payments to employees on Petrobras’s trading desk though a network of middlemen, according to the people and documents that relate to the investigation.

Brazil's federal police and JPMorgan declined to comment on the investigation. The attorney for Rodrigo Berkowitz did not respond to requests for comment. He has previously confirmed that his client is co-operating with US and Brazilian authorities investigating the commodity trading industry.

Petrobras, formally known as Petroleo Brasileiro, said in an email it has “zero tolerance in relation to fraud and corruption”. The company added that it has aided Brazilian authorities extensively with various corruption-related probes.

The world’s largest commodity traders, including Switzerland’s Vitol, the world’s top independent oil trader, are also facing scrutiny globally after years of investigations into whether they offered bribes to win contracts in several countries in Latin America. Vitol admitted wrongdoing as part of a 2020 settlement with US and Brazilian authorities and has said that is pleased the matter has been resolved.

No charges have been brought in the JPMorgan probe, and it remains unclear whether any will be.

Elements of the JPMorgan investigation were outlined in previously unreported documents that Brazilian police submitted this year to a federal judge overseeing the probe, including bank records, emails and WhatsApp messages exchanged among alleged co-conspirators, which were reviewed by Reuters. The documents also included internal Petrobras files and testimony from a former Petrobras fuel trader.

Petrobras, the world’s seventh-largest oil producer, routinely buys and sells petroleum products in deals meant to seek the best price possible for the firm. However, US and Brazilian authorities have alleged that some Petrobras traders took bribes from counterparties for more than a decade through 2018.

In return, these traders allegedly purchased fuel at inflated prices or sold it at a discount.

In December, Vitol agreed to pay $164m and admit guilt to resolve allegations by US and Brazilian authorities that it paid bribes in Brazil and other Latin American countries between 2005 and 2020.

In November, Brazilian prosecutors filed a civil lawsuit against Trafigura, alleging the Geneva-based trader and at least two subsidiaries paid Petrobras employees more than $1.5m in bribes in 2012 and 2013.

Trafigura has consistently denied the allegations levelled by Brazilian authorities and has said that outside counsel it hired “found no basis to conclude that Trafigura’s current management were involved in, or had knowledge of, alleged improper payments to Petrobras”.

Reuters reported in recent months, citing law enforcement sources and Brazilian court documents, that US and Brazilian authorities are also probing Connecticut-based trading house Freepoint Commodities for its dealings in Brazil from roughly 2012 to 2018.

A Freepoint spokesperson wrote in an e-mail at the time that the company “is strongly committed to following the laws everywhere we do business”. The company declined further comment.

Brazilian investigators have not yet shared their findings regarding JPMorgan with US authorities, the sources added, though they are likely to do so if the probe advances.

Among the matters Brazilian authorities are trying to determine is the timeline of the alleged JPMorgan bribery operation.

JPMorgan largely exited physical commodity trading in 2014, selling its operations to Swiss trader Mercuria for $3.5bn in an all-cash deal.

Last year, the bank agreed to pay more than $920m and admit wrongdoing to settle US market manipulation probes into its trading of metals futures and Treasury securities.

In 2013, shortly before the sale of its physical commodities unit, the bank agreed to pay $410m to settle allegations of power market manipulation in California and the Midwest.