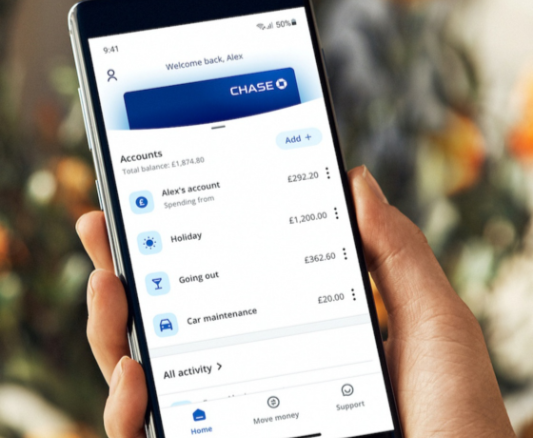 If successful in the UK, JPMorgan's digital retail bank Chase could expand into continental Europe and globally. Chase/Handout via Reuters

London — JPMorgan is challenging British rivals on their home turf with the launch on Tuesday of its long-awaited digital retail bank, Chase, as part of what the US lender hopes will be a global expansion.

The launch marks the first foray into retail banking outside North America by one of the US’s most dominant lenders, heaping pressure on British incumbents such as Lloyds, Barclays, NatWest and HSBC which are already battling low interest rates and upstart digital rivals.

“We have been watching in which markets customers are really ready to do their banking primarily through digital channels, and the UK frankly leads the way in this respect” said Sanoke Viswanathan, CEO of the new Chase bank venture.

The venture, if successful, could see the US bank expand into continental Europe and then globally, he said.

“This is a business that we are building not just for the UK but hopefully for the rest of the world, and there is a great confluence of talent here across the different product functions, so it’s a great place to build a global headquarters for this new business,” he said.

JPMorgan will tempt customers to sign up for the fee-free accounts with introductory offers, including 1% cashback on debit card spending and 5% interest on small change rounded up from their purchases and set aside in a separate savings pot.

“With a strong technology platform, significant financial resources and a global brand name, JPMorgan could be a serious player in the UK retail banking space,” Nic Ziegelasch, analyst at broker Killik said.

The Wall Street giant enters a competitive British market with razor-thin margins caused by low central bank interest rates and a tradition of free current accounts, as opposed to most global markets where customers pay for even basic services.

“The market structure in the UK is such that you have to generate economies of scale, there are profits to be made but if you are subscale or have a high cost infrastructure you’re not going to make it work,” Viswanathan said.

JPMorgan is following US rival Goldman Sachs, which scooped up billions of pounds in deposits when it launched its Marcus digital bank in Britain in 2018 with a then-market-beating interest rate of 1.5% on savings.

It will also compete with digital-only banks such as Monzo, which has attracted about 5-million customers with its signature coral pink cards and user-friendly app, but struggled to turn that into steady profits.

The bank has already hired 500 staff in Britain, Viswanathan said, and will add more as it builds up its customer support teams.

Banks remain a good pick in the stock basket

Banks remain a good pick in the stock basket