The deal, which is subject to regulatory approval, will increase its stake to 74.9% 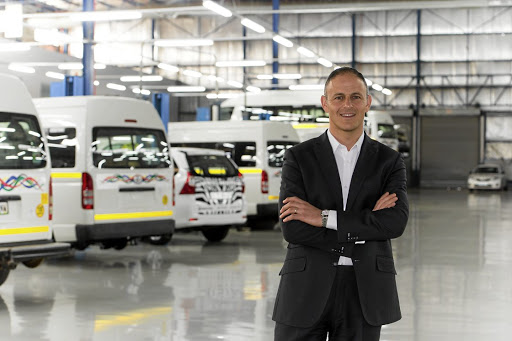 The biggest financier of SA taxis, Transaction Capital, has concluded an agreement to gain control of the biggest second-hand car platform in the country after negotiations that began two weeks ago.

The deal will see Transaction increase its stake from 49.9% to 74.9%, thereby taking control of WeBuyCars. The remaining 25.1% will be retained by the company’s founders, Dirk and Faan van der Walt.

The R1.6bn deal is subject to profit warranties based on the performance of the business for the financial year 2020/2021 and 2021/2022, and will require regulatory approval.

The majority of the consideration (80%-85%) will be settled in cash, and the balance through the issue of Transaction shares.

The purchase of the controlling stake means Transaction will make a total investment of R3.4bn in the business, and will reflect an approximate 8.9 times price-to-earnings ratio based on expected profits to end-September.

“Should the proposed transaction to acquire control of WeBuyCars obtain regulatory approval, the exceptional growth prospects of this business will accelerate and support a sustainably higher growth trajectory for Transaction,” said CEO David Hurwitz.

The move is not a surprise. The acquisition of Transaction’s initial stake in September 2020 for R1.6bn (subject to profit warranties) came with the option to acquire additional stakes should the other shareholders of the business want to exit.

Faan van der Walt said he and his brother have been impressed with the insights of the directors appointed by Transaction to the company’s board, and the cultural fit between the two organisations.

“Furthermore, we have seen the operations of SA Taxi and believe that Transaction has the necessary expertise to advance WeBuyCars’ vision of offering credit and insurance-related products to its customer base.”

Transaction believes that the understanding of the business it has garnered in the eight months it has owned WeBuyCars has validated “the synergies and growth opportunities initially identified” and reinforced the investment case.

Hurwitz said the deal presents an opportunity to own a business with exceptional growth prospects and a leading position in a highly defensive market segment.

“WeBuyCars’ operational resilience in a difficult economic environment demonstrates that it is structurally well positioned for growth,” said Hurwitz.

Eskom is paying about R2bn a week to keep on top of its debt repayments. It’s an unsustainable burden, yet there seems to be a lack of urgency in ...
Features
2 weeks ago

Transaction Capital might have a limited focus, but good management and savvy deals are paying off handsomely
Money & Investing
3 weeks ago

Q&A: There are opportunities to bank taxi operators

Transaction Capital CEO David Hurwitz says cashless payment for commuters is part of the bigger plan his company has to penetrate the local taxi ...
Companies
3 weeks ago
Next Article