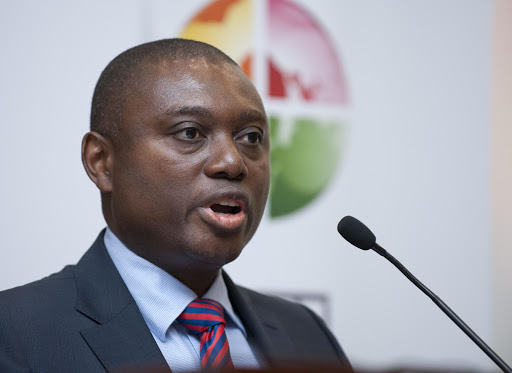 Standard Bank has committed to publishing a climate strategy and short-, medium- and long-term targets to reduce its exposure to fossil-fuel assets on a timeline aligned with the Paris goals. It will do so as part of the group’s 2021 reporting to shareholders.

In a joint statement between Standard Bank and shareholders pushing for a more active stance, group CEO Sim Shabalala said: “We’re deeply committed to supporting inclusive and sustainable development and we value and appreciate shareholder engagement on these matters.”

On April 23, three asset manager shareholders in Standard Bank — Aeon Investment Management, Abax Investments and Visio Fund Management — together with shareholder activist organisation Just Share, co-filed a non-binding advisory shareholder resolution ahead of the bank’s annual meeting on May 27, requesting that the bank disclose its plans, if any, to set and publish a strategy and targets to reduce its exposure to fossil-fuel assets.

The parties met on Thursday, with Standard Bank saying it had taken the opportunity to clear up a misunderstanding about its position on shareholders’ rights to propose non-binding advisory resolutions. Standard Bank said it was not opposed to them and would give them due consideration.

Though Standard Bank was the first SA company to table climate-related resolutions, in 2019, leading to the adoption of policies on coal funding, the board resolved in 2020 not to table any further such resolutions.

It said shareholders did not have a legal right to vote on these matters in terms of the Companies Act and that the content of the resolutions was an attempt to usurp the role and function of the board. This followed a similar argument from synthetic fuels producer Sasol in its refusal to table proposed climate-related resolutions.

Just Share has since received a legal opinion that affirms that shareholders are entitled to file climate-risk-related resolutions and that company directors cannot cherry-pick the ones that are tabled.

Just Share executive director Tacey Davies, on behalf of the shareholders, said: “The co-filers are pleased that the impasse over the filing of non-binding advisory resolutions has been constructively resolved, and are encouraged by Standard Bank’s commitment to a firm deadline for release of a Paris-aligned strategy for reducing its exposure to fossil fuels.”

Standard Bank’s reporting to shareholders for 2021 is due in the first half of 2022.

When it comes to setting a strategy and targets for fossil fuel funding, Standard Bank and shareholder activists are on the same page, says CEO Sim ...
Companies
1 month ago

The bank will redirect investment funds away from coal, oil and gas and towards cleaner alternatives
Companies
1 month ago
Next Article