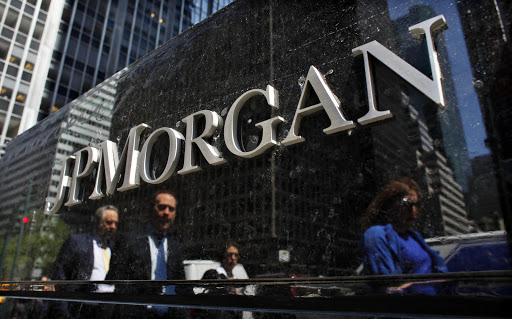 JPMorgan Chase elevated Marianne Lake and Jennifer Piepszak to co-heads of consumer and community banking, placing them a step closer to potentially succeeding Jamie Dimon as CEO of the US’s largest bank.

The announcement was part of JPMorgan’s largest management shuffle in years. Lake and Piepszak will take over from Gordon Smith atop the consumer operation effective immediately, while Smith will retire as co-president and co-COO at the end of the year, according to a memo on Tuesday.

Among the six biggest US banks, only Citigroup has ever named a woman CEO. And in that case the milestone was reached only in 2021, when Jane Fraser took over.

Lake has long appeared on lists of potential heirs to Dimon. She’s spent two decades at the firm, most recently as head of consumer lending, a group of businesses that generate about a fourth of the company’s revenue. She earlier served as CFO for seven years, a post she assumed as part of a management shake-up in the wake of the “London Whale” trading loss.

Piepszak became one of Dimon’s possible successors when she was named CFO in 2019, succeeding Lake. She previously led JPMorgan’s credit-card business for two years and earlier oversaw financing operations for the mortgage business during a period in which it faced a host of crisis-era settlements with regulators. She came up through JPMorgan’s investment-banking operations and jumped to the consumer business in 2010.

Piepszak has also overseen finances for the New York-based bank at a time of global turmoil brought on by the coronavirus pandemic. It was ultimately a period in which Wall Street thrived, helping lead JPMorgan to a series of earnings records.

In other management changes announced on Tuesday in a statement, Daniel Pinto will become sole president and COO upon Smith’s retirement, and Jeremy Barnum will succeed Piepszak as CFO.

Leadership changes in 2019 positioned Lake and others, including Piepszak, to gain more of the experience they would need to run the company one day. Dimon said at the time that “it is part of succession planning that you’re going to see us moving people around”.

Smith has overseen JPMorgan’s sprawling consumer bank for almost a decade, and in 2018 added the titles of co-president and co-COO — roles he shared with Pinto. In 2020, Smith and Pinto took over as acting co-CEOs when Dimon was sidelined with emergency heart surgery just as the Covid-19 pandemic was erupting across the US.

Still, even when he was promoted to co-president and co-COO, Smith wasn’t considered among Dimon’s likeliest heirs. While Smith and Pinto could — and ultimately did — step in during Dimon’s health emergency, candidates including Lake were potentially stronger contenders for an orderly handoff, a person familiar with the board’s thinking said at the time.

Smith joined JPMorgan in 2007 from American Express, where he spent more than 25 years, to run the credit-card services business. That gives him the rare distinction of having served alongside Dimon during the 2008 financial crisis.

Daniel Pinto’s firm was bankrolling the breakaway soccer project, anticipating millions in fees, then the fans spoke out
Companies
7 months ago

In her first big shake-up amid stellar quarterly results Jane Fraser unveils plans to exit  consumer businesses in some Asian and EMEA markets to ...
Companies
7 months ago