There is continuing fallout from the dealings of 1MDB, from which billions of dollars of funds were allegedly siphoned off by people connected to Malaysia's former prime minister 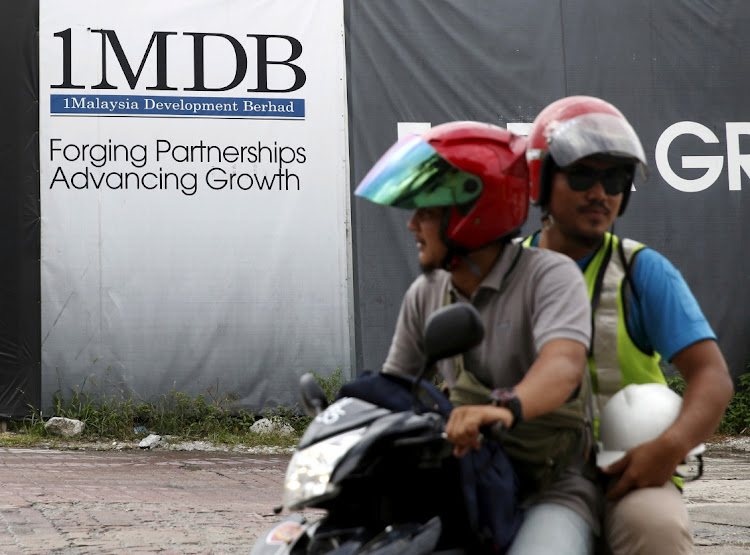 Kuala Lumpur — Malaysia’s 1MDB and a former unit have filed suits against entities including JPMorgan Chase and Deutsche Bank as the nation seeks to recover assets worth more than $23bn linked to the scandal-plagued state-owned investment fund.

1MDB, whose full name is 1Malaysia Development, filed six suits against nine unnamed entities, including two foreign financial institutions, and 25 individuals for various wrongdoings including fraud and conspiracy to defraud the fund, the finance ministry said on Monday. SRC International filed additional suits. The global firms were JPMorgan and Deutsche Bank, according to a person familiar with the matter who declined to be identified discussing nonpublic information.

The move marks a continuing fallout from the dealings of 1MDB, from which billions of dollars of funds were allegedly siphoned off by people connected to the country’s former prime minister. Over much of a decade, 1MDB has become shorthand for one of the world’s most daring heists — a conspiracy that spawned probes in Asia, the US and Europe.

Authorities have spent years tracking funds that allegedly flowed from 1MDB into high-end art and real estate, a super yacht and, ironically, the hit Hollywood movie “The Wolf of Wall Street,” chronicling an earlier era of financial crimes.

In 2020, Goldman Sachs admitted its role in the biggest foreign bribery case in US enforcement history, reaching multiple international settlements in the billions of dollars to end probes into its fundraising for 1MDB.

In March, Deloitte PLT agreed to a 324-million ringgit ($80m) settlement with the Malaysian government to resolve all claims related to the firm’s audit of 1MDB and SRC between 2011 and 2014. The deal also came less than a week after Malaysian lender AMMB Holdings agreed to a $699m settlement over its role in dealings linked to 1MDB.

“The government’s recovery efforts are now focused on pursuing other wrongdoers who have caused losses to 1MDB and or SRC during the execution of their duties, as parties directly or indirectly involved in 1MDB and or SRC’s various operations and transactions,” finance minister Tengku Zafrul Abdul Aziz said in a statement.

A Malaysian court is currently hearing an appeal by former prime minister Najib Razak to overturn his conviction and 12-year jail sentence linked to the 1MDB scandal that brought down his government in 2018.

Net income more than doubled to $4.51bn in the 2020 final quarter, the highest in more than a decade
Companies
1 year ago
Next Article